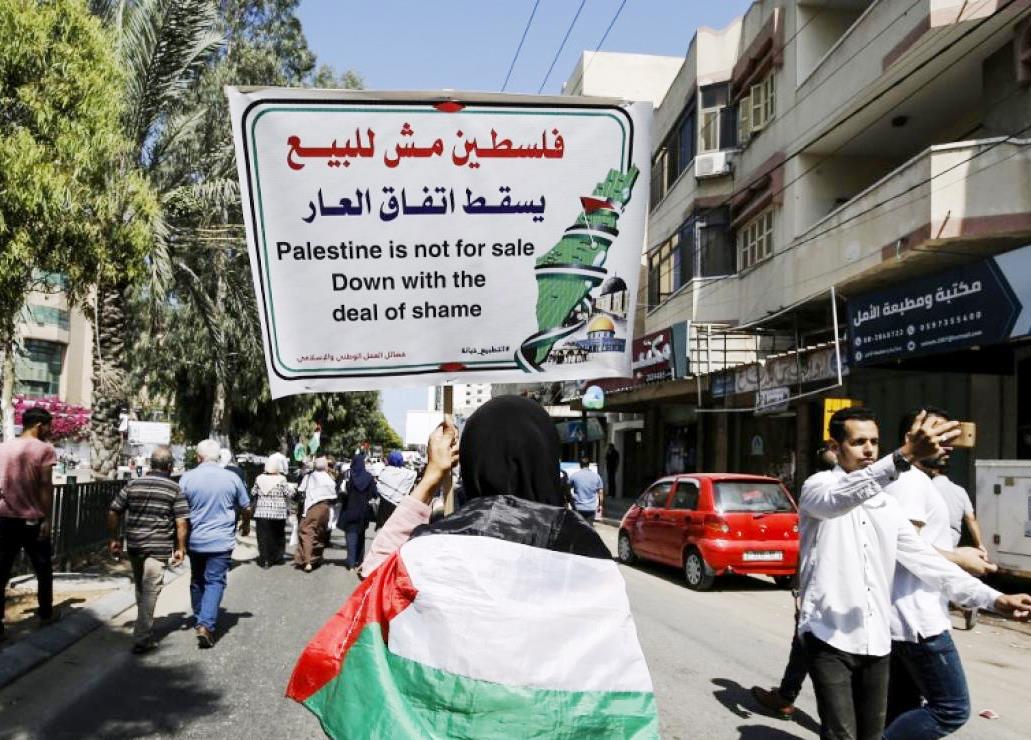 “The Omani delegation, consisting of 10 people, entered Al-Aqsa Mosque through Bab Al-Silsila [one of the gates of Al-Aqsa],” the official said on the condition of anonymity due to restrictions on speaking to the media.

He also added that three Palestinians present in the mosque during the visit were detained while two others were sidelined for “expressing their rejection of the visit which they linked to a possible normalization deal [between Oman and Israel].”

Maariv, an Israeli Hebrew newspaper, reported on Sept. 25 that Oman and Sudan are currently holding US-sponsored talks with Israel with the aim of announcing peace agreements in the near future.

“Recent days have witnessed great progress in communications between Israel and the Sultanate of Oman, and it was agreed to announce soon a joint statement regarding the decision to normalize relations between the two countries,” the newspaper added.

The normalization deals were met with widespread condemnations from the Palestinians, who said the agreements do not serve the Palestinian cause and ignore their rights.

The Palestinian Authority said any deal with Israel should be based on the 2002 Arab Peace Initiative on the principle of “land for peace” and not “peace for peace” as Israel claims.