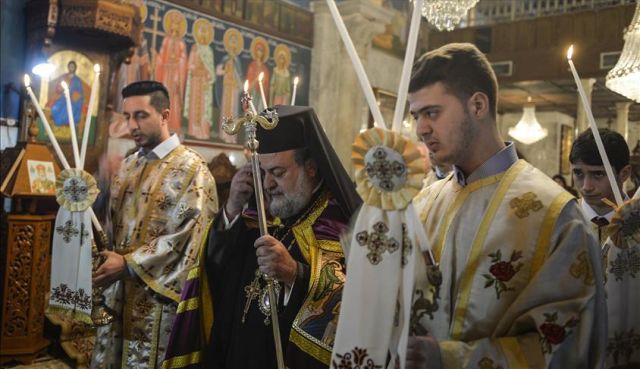 Bethlehem, Palestine : Christmas celebrations of the Eastern Orthodox churches began in the West Bank city of Bethlehem on Saturday.

Syrian Orthodox Patriarchal Vicar of the Holy Land and Jordan, Archbishop Mar Swerios Malki Murad, was the first to arrive in the city to attend the Christmas Mass at midnight.

Palestinian President Mahmoud Abbas and a host of Arab officials are expected to attend the Christmas Mass to be held at the Church of the Nativity.

Due to a difference in calendars, many Orthodox churches mark Christmas Eve on Jan. 6 and Christmas is celebrated on Jan. 7 and not Dec. 25.

The majority of Orthodox churches worldwide use the Julian calendar, created under the reign of Julius Caesar in 45 BC, and have not adopted the commonly used Gregorian calendar, proposed by Latin Pope Gregory of Rome in 1582. The former calendar runs 13 days behind.