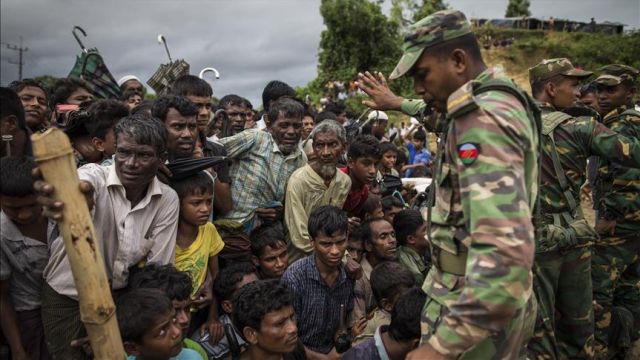 Dhaka, Bangladesh: More than 200 Rohingya are waiting near the southern border of Bangladesh to enter the country in search for safe shelter in the face of an alleged fresh crackdown by Myanmar military, local media reported on Tuesday.

The border guarding force of Bangladesh has already strengthened its monitoring on the area, the report added.

Apart from BGB, the Coast Guard members were patrolling the Naf River, the only border sharing river between Bangladesh and Myanmar, to avoid any influx.

Abdul Motaleb Mater, a Rohingya community leader at Leda refugee camp in Cox’s Bazar, told the daily that he learned from his family members and other contacts in Myanmar that many Rohingya from several villages have gathered on the eastern side of the Naf river.

They have gathered there in search for safe shelter as Myanmar army has started another crackdown on Thursday, he said.

Since Aug. 25, 2017, more than 24,000 Rohingya Muslims have been killed by Myanmar’s state forces, according to the Ontario International Development Agency (OIDA).

In a recent report, titled Forced Migration of Rohingya: The Untold Experience, the OIDA raised the estimated number of murdered Rohingya to 23,962 (± 881) from a Doctors Without Borders figure of 9,400.