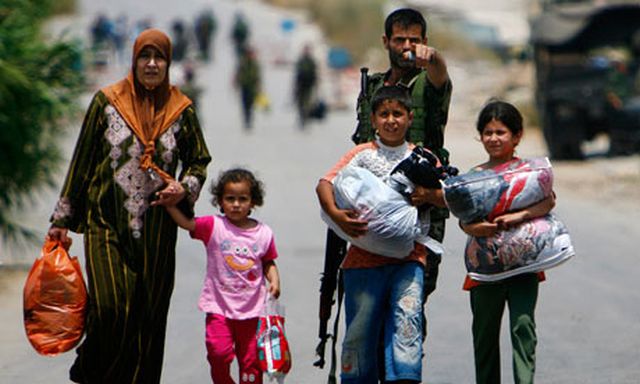 Ramallah : The Palestinian Authority announced on Wednesday that it rejects any future peace plan presented by the US that excludes the questions of Jerusalem and the Palestinian refugees.

“A peace plan which excludes Jerusalem and the Palestinian refugees will never be an introduction to a successful political peace process in the region,” said Nabil Abu Rudeineh, spokesman of the Palestinian Authority presidency.

“As long as the US carries on with acts that change the rules of the relationship with the Palestinian leadership and the Palestinian people, we believe that the status of stalemate and political paralysis will go on,” he was quoted as saying by Xinhua news agency.

Rudeineh stressed that “any incorrect or ill contacts with anyone that aim at harming the basic national Palestinian constants, will certainly lead to further disturbance of stability that is already fragile in the entire region”.

His remarks were made ahead of the arrival of a US delegation headed by President Donald Trump’s son-in-law and adviser Jared Kushner and US envoy Jason Greenblatt to the region next week, according to Israeli media reports.

The reports said that the visit of the two senior US diplomats aims at discussing a date for launching a new Mideast peace plan, better known as the Deal of the Century, to resolve the Palestinian-Israeli conflict and the humanitarian crisis in Gaza.

The plan also includes the annexation of Arab neighbourhoods in East Jerusalem to the Palestinian state, with the exception of the Old City, which will be part of the “Israeli Jerusalem”.

The plan proposes Abu Dis neighbourhood to be the capital of the Palestinian state.

Trump’s administration moved its embassy from Tel Aviv to Jerusalem on May 14 after the US recognition of the holy city as the capital of Israel, which sparked a strong Palestinian rejection.

The Palestinians then demanded a multilateral international mechanism to sponsor the peace process with Israel, which has been stalled since 2014, as an alternative to the US monopoly.