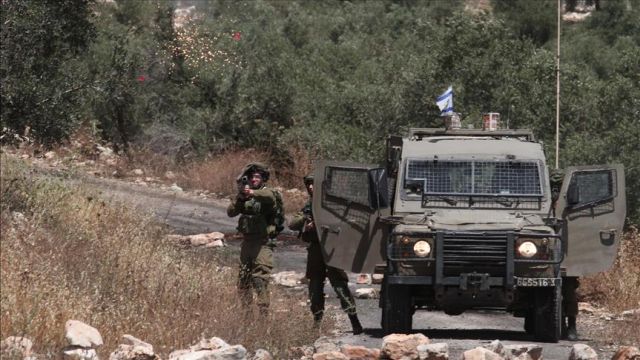 Ramallah, Palestine: A Palestinian youth was martyred by Israeli forces on Wednesday near Ramallah city in the occupied West Bank, according to the Palestinian Ministry of Health.

In a statement, the ministry said the Palestinian was shot by Israeli forces in the Nabi Saleh village north of Ramallah.

A local resident earlier told Anadolu Agency that Ezz al-Tamimi, 21, was shot and wounded after a bullet fired by Israeli forces struck his chest during clashes in the village.

The violence erupted when Israeli forces raided the village early in the morning to arrest “wanted” Palestinians, according to Bassel Tamim, a local resident.

There was no comment from the Israeli army about the death.

The Israeli army frequently carries out sweeping arrest campaigns across the occupied West Bank on the pretext of searching for “wanted” Palestinians.

Tension has been running high across the occupied Palestinian territories since the United States relocated its embassy last month from Tel Aviv to Jerusalem, which was occupied by Israel in 1967 and represents the heart of the decades-long Palestinian-Israeli conflict.

Since March, at least 123 Palestinians have been killed and thousands injured by Israeli gunfire during anti-occupation protests in the Gaza Strip.