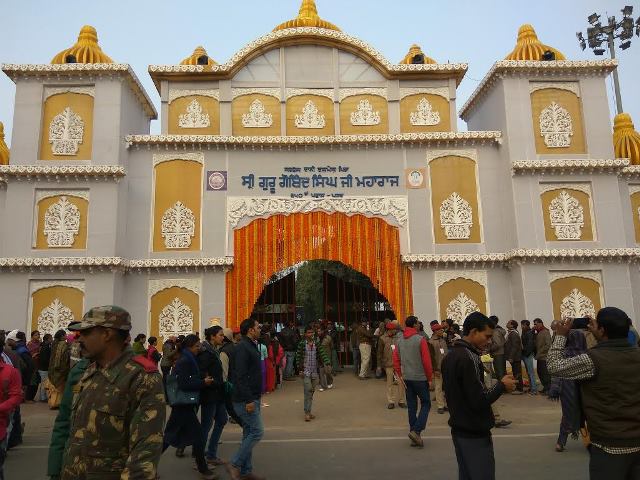 Patna: Nowadays, Patna the capital of Bihar is vivacious and vibrant with the ongoing Prakashotsav- 350th birth anniversary celebrations of Guru Gobind Singh- the 10th Guru of Sikh community.

Takhat Sri Harmandir Sahib, considered as the birth place of Guru Gobind Singh is situated in Patna where the Prakashotsav scheduled from 1st to 5th January 2017 will witness the visit of an estimated 5 Lakh devotees from all over the country.

While the state government has made elaborate preparations for the accommodation, hygiene and safety of the devotees, Muslim organizations too have come to the forefront to make the pilgrimage safe and comfortable for the Sikh devotees.

Working with the spirit of religious harmony and solidarity two prominent Muslim organizations Jamaat e Islami Bihar and Imaret e Sharia have extended their support to the Sikh pilgrims. Talking to MuslimMirror.com  Nazim of Imarat e Sharia Maulana Anisur Rahman Qasmi said that two ambulances and a team of 5 doctors will be ready and available round the clock to provide medical assistance to devotees in case need arises.

Rizwan Islahi ,the Patna circle Chief of Jamat e Islami Bihar told MuslimMirror.com  that tea stalls at different locations along the route have been put up for Sikh pilgrims and refreshments will be provided free of cost.

Moreover, stalls have been put up to showcase the oneness of the Creator of all humanity and literature will be distributed mentioning oneness of the Almighty.

There is a long history Muslim-Sikh association.  Mir Mohammad Muayyianul Islam, popularly known as Saint Mian Mir, was a famous Sufi Saint from Lahore. He was a close friend of the fifth Sikh Guru, Guru Arjun Dev who invited the Saint to lay the foundation stone of Harmandir Sahib popularly known worldwide as Golden Temple. Mian Mir is still highly respected by the Sikhs.

Another Muslim Saint Baba Farid was a prominent poet of the Punjabi language and in recognition of his exalted status, the district of Faridkot in Punjab is named after him. 134 hymns attributed to Saint Farid have been incorporated in the Guru Granth Sahib, the central religious scripture of Sikhism.