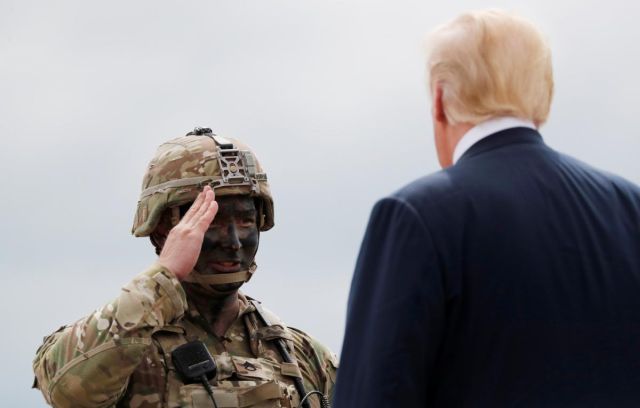 Washington : The Pentagon has postponed a military parade which was requested by President Donald Trump to mark the annual Veterans Day, a media report said.

“The Department of Defence and White House have been planning a parade to honour America’s military veterans and commemorate the centennial of World War I,” Defence Department spokesman Col. Rob Manning said in a statement on Thursday.

“We originally targeted November 10, 2018, for this event but have now agreed to explore opportunities in 2019.”

The parade was scheduled for the day before the 100th anniversary of the armistice that ended the First World War, reports CNN.

French President Emmanuel Macron is holding a gathering of world leaders in Paris on November 11 to celebrate the anniversary.

Trump said in February that a military parade in Washington would be “great for the spirit of the country”, but that it would need to come at a “reasonable cost”.

The President said he was inspired by the Bastille Day parade in France, which he described as “quite something” after attending in 2017.

It was previously reported that the parade would focus on celebrating veterans and involve US troops in period uniforms as well as US military aircraft but no heavy vehicles like tanks in order to prevent damage to infrastructure.

An administration official told CNN the $92 million figure for the US military parade was a planning estimate for an event that would meet Trump’s intent.

About half that amount would have been for non-military costs like security.

The White House would have been consulted on the decision to postpone the parade, the official said.