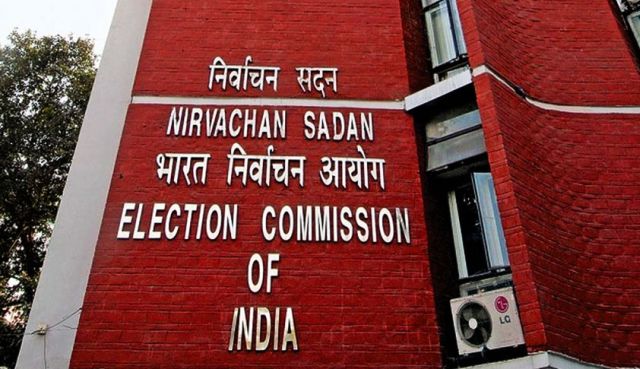 New Delhi : A BJP leader has moved the Supreme Court seeking to empower the Election Commission (EC) to refer the complaints relating to corrupt practices and misuse of religion by contesting candidates and political parties to investigating agencies.

Besides seeking to empower the Commission, PIL petitioner Ashwini Kumar Upadhyay — a Supreme Court advocate and a leader of the Delhi Unit of the Bharatiya Janata Party (BJP) — has also sought directions to the Central government to take appropriate steps to restrict misuse of religion by candidates and political parties for electoral gains.

The petition has cited the Goswami Committee report and the suggestions made by the EC in its proposed electoral reforms in support of its plea for empowering the Commission to take cognizance and refer to investigating agencies the cases of misuse of religion for electoral gains by individual candidates and political parties.

Seeking directions from the top court, petitioner advocate Upadhyay has pointed to the “growing instances of misuse of religion by political parties and contesting candidates for electoral gains, and its appalling effect on secularism, unity and integrity of the Country”.

“The democratic institutions provided in the Constitution,” the PIL says, “are sound and the path for progress does not lie in denigrating any of these institutions.”

However, the PIL has contended that “there could be no denial that these institutions have been subjected to considerable stresses and strains and that vested interests have been trying to promote their selfish ends to the great detriment of public good.”

The PIL says it was in this backdrop that the Constitution was amended to expressly spell out “the high ideals of socialism, secularism, unity and integrity of the nation” and to make the directive principles more comprehensive and giving them “precedence over those fundamental rights, which have been allowed to be relied upon to frustrate socio-economic reforms for implementing the directive principles.”