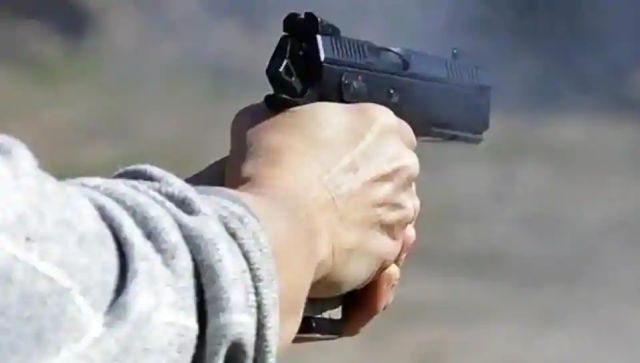 Patna : At least three persons have been killed by unidentified gunmen over the past 12 hours in three different districts of Bihar, prompting a scathing attack by the opposition on Chief Minister Nitish Kumar’s governance.

The latest victim being a construction firm owner, who was gunned down in broad daylight on Saturday in Darbhanga district. Hours before that a bank official was abducted from Gaya and killed.

A property dealer was murdered in Begusarai late on Friday. All these murders came barely 48 hours after the murder of a well-known businessman’s father in Vaishali.

In the latest attack, K.P. Shahi, the owner of Shahi construction company, was shot dead around 11 a.m. while he was enroute to his office from his residence in Darbhanga district.

Four motorcycle borne masked men targeted his vehicle and fired indiscriminately, killing him on the spot. Shahi Construction was engaged in road construction at three or four places.

Police suspect ‘rangdari’ or extortion by a criminal gang as the reason behind his killing.

Darbhanga Senior Superintendent of Police Garima Malik said it is difficult to say what the motive was, but “we have constituted an SIT to probe the case”.

Singh was abducted late on Friday from near Amas at 11 p.m. He is believed to have been shot dead around 2 a.m. on Saturday, according to Amas Police Station Shayam Lal Saran. Deep injury marks were found on his head.

All these killings came barely 48 hours after a businessman was shot dead in Vaishali district.

The back-to-back killings have triggered violent protest by villagers, who have blocked the GT Road disrupting traffic for hours, Saran said.

Gunjan Khemka, an industrialist was shot dead on Thursday in Hajipur. His son, Gopal Khemka is a well-known businessman in Patna.

Khemka was targeted on his way to his factory in Hajipur, about 30 km from Patna, Vaishali Superintendent of Police Manavjit Singh Dhillon said.

Police are still in dark and yet to make any breakthrough in the case.

Opposition Rashtriya Janata Dal and Congress leaders have targeted Chief Minister Nitish Kumar for the rise in crime and total collapse of law and order.

“There is no law and order in Bihar. It is free for criminals and they do whatever they wish,” RJD spokesperson Bhai Virendar said.