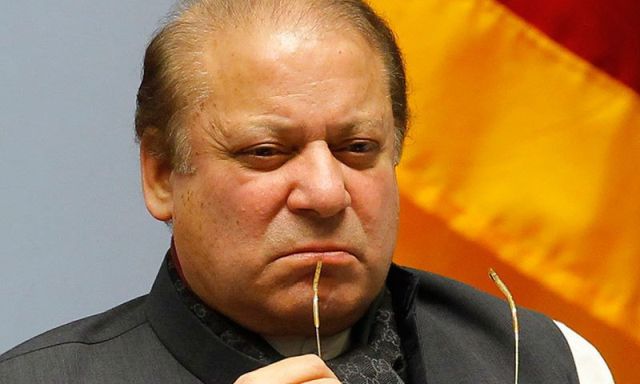 Merely three weeks before general elections in Pakistan former Pakistan Prime Minister Nawaz Sharif has been sentenced to 10 years in prison over corruption charges related to his family’s purchase of overseas properties.

His daughter Mariam Nawaz was also found guilty and is facing seven years in prison and a £2 million ($2.6 million) fine. Her husband Captain Safdar has received a one-year jail sentence.

The national accountability court had dismissed Nawaz Sharif’s  petition seeking to delay by a week the announcement of the verdict in one of the four corruption cases against him.

The sentences were passed in a court in Islamabad Friday.

Sharif and his daughter are currently in London with Sharif’s wife, who is receiving cancer treatment,

All three have been barred from engaging in politics for 10 years and four properties in London will be confiscated by the Pakistani state, according to the verdict. They have 10 days to appeal the verdict at the Islamabad High Court.

Sharif’s brother, Shahbaz Sharif, who inherited the leadership of the Pakistan Muslim League-N (PMLN) last year, said in a statement that the party “strongly rejects the verdict.”

“The decision is flawed, politically motivated and has glaring loopholes,” he said.

Worst may be over for Pakistan’s Nawaz Sharif