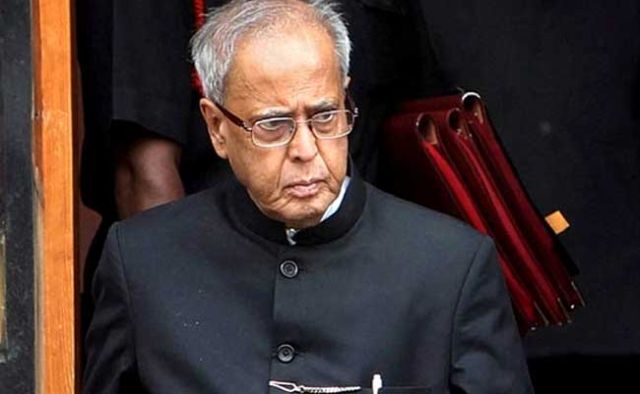 New Delhi : Former President Pranab Mukherjee has not been invited for the Iftar party to be hosted by Congress President Rahul Gandhi on June 13, according to informed sources.

The Congress deleted his name from the list of invitees after he attended the RSS event at its headquarters on June 7, a source said.

The party is hosting an Iftar party here after a gap of two years, and it will be the first for Congress President Rahul Gandhi after taking over as Congress chief.

The Iftar, coming at a time when the opposition is aiming for an anti-BJP alliance ahead of the 2019 general elections, is expected to see a host of leaders from all opposition parties and of all faiths.

Among the eaders of the opposition parties who are expected to be present at the Iftar party are Mulayam Singh Yadav, Sharad Yadav, Sharad Pawar, Sitaram Yechury, Tejashwi Yadav and others. Andhra Pradesh Chief Minister and TDP chief N. Chandrababu Naidu has also been invited, a source said.

The function will be held at the Taj Palace Hotel. The party’s last Iftar was hosted by then Congress President Sonia Gandhi in 2015.

The Congress move comes a few days after the Rashtrapati Bhavan decided not to host an Iftar this year, with President Ram Nath Kovind stating that there should no religious observance at taxpayer’s expense at the public building.