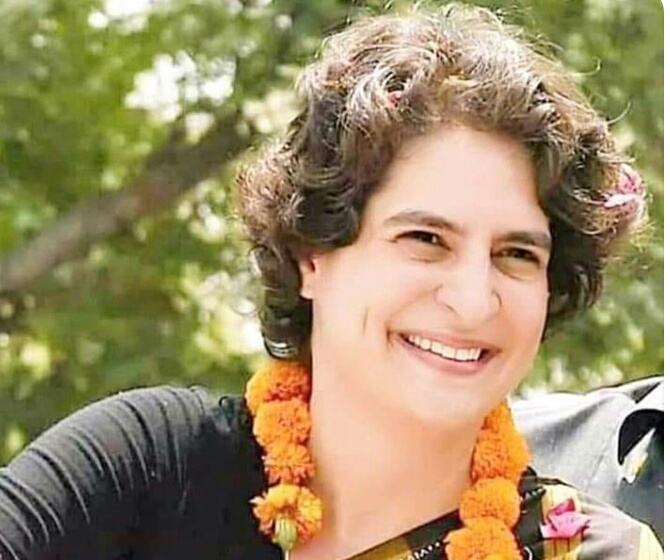 Priyanka Gandhi’s appointment, a gamble by Rahul Gandhi throwing her into full-fledged politics, is aimed at galvanizing Congress cadres in the state where it has been marginalised over the years and where the BJP won a whopping 71 of the 80 seats Lok Sabha seats in 2014.

Shortly after the appointment, Rahul Gandhi told reporters that naming Priyanka Gandhi and Jotiraditya Scindia as General Secretaries for Uttar Pradesh was a “big step” to spread the party’s “real” ideology for poor and weaker sections and to rebuild its base. She will now ensure that a Congress Chief Minister gets to rule the state, he added.

However, Gandhi sought to strike a conciliatory note towards the Samajwadi Party and Bahujan Samaj Party (BSP), saying the Congress will cooperate with them to defeat the BJP in whatever ways possible. They are welcome to talk to us, he said.

With this, Priyanka Gandhi, married to businessman Robert Vadra and mother of two children, makes a full-fledged entry into politics casting aside her earlier role that was mainly confined to the constituencies of Sonia Gandhi (Rae Bareli) and Rahul Gandhi (Amethi).

From the first week of February she will assume her new charge in eastern Uttar Pradesh, considered the home turf of Chief Minister and BJP’s ‘Hindutva’ poster-boy Yogi Adityanath.

In an organisational shake-up ahead of the Lok Sabha elections, the party also announced the appointment of Jyotiraditya Scindia, MP from Guna in Madhya Pradesh, as the Congress General Secretary in charge of western Uttar Pradesh.

“I fully respect Akhileshji and Mayawatiji. They have done their alliance and they are not our enemies. We are fighting together. The objective of all the three parties are the same of defeating the BJP. We will fight with all our might. If they (SP-BSP) want to talk to us, it is welcome,” Gandhi told reporters in Amethi.

Later, addressing his party workers, he said: “Today I have made Priyanka Gandhi a General Secretary. Now she will work to get a Congress chief minister rule the state,” he said as crowds of party workers cheered.”

This is perhaps the first time the party has split the organisational responsibilities of its General Secretary in Uttar Pradesh into zones.

With both Priyanka Gandhi and Scindia entrusted with eastern and western UP respectively, party veteran Ghulam Nabi Azad, who was the General Secretary of Uttar Pradesh, has now been given the responsibility of Haryana.

The Congress, which has been marginalized in Uttar Pradesh after 1989, has come under pressure ever since the SP and BSP decided a fortnight ago to join hands, keeping the Congress out of the alliance. The two parties just left Rae Bareli and Amethi for the Congress.

While Congress workers and leaders hailed the appointment of Priyanka Gandhi saying it would boost the party’s performance in Uttar Pradesh, the BJP said such a development was only expected of a “family party” that has believed in dynasty rule from the days of Jawaharlal Nehru.

BJP spokesperson Sambit Patra described Priyanka Gandhi as a “crutch” for Rahul Gandhi who as the Congress President was unable to get accepted as part of ‘mahagatbandhan’ of opposition parties.

“Party is the family for the BJP whereas family is the party for Congress. All selections are done in only one family. Somewhere Rahul has failed… Who will be the next after Nehru, Indira Gandhi, Rajiv Gandhi, Sonia Gandhi and Rahul Gandhi? Only one family,” said Patra.