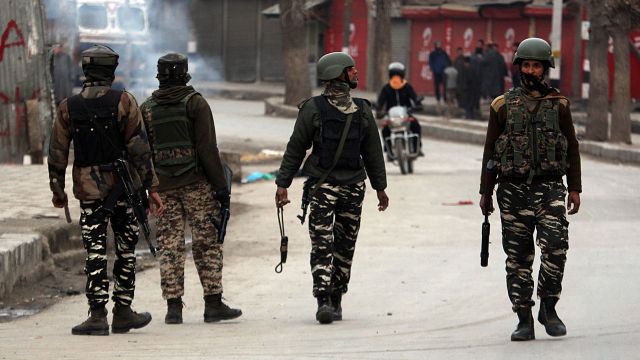 J&K / New Delhi: A teenage girl and two boys were killed after security forces opened fire on a protesters in Kulgam district of Jammu and Kashmir on Saturday.

The army has blamed stone throwing protestors for the killings “The troops, while exercising extreme restraint, cautioned the stone pelters, who, however, failed to relent and repeatedly threw petrol bombs and stones at the patrolling party. At one point of time, some unidentified terrorists also fired on the column. This resulted in some soldiers receiving grievous injuries,” an Army statement said.

The killings happened on a day when Valley was observing shutdown against the arrest of Dukhtaran-e-Millat cheif Asiya Andrabi.

In a tweet senior Hurriyat leader Mirwaiz castigated Indian armed forces for going on a killing spree. He tweeted ”Firing bullets, killing young boys & girls reflects the green Signal given to Indian Armed Forces to wipe off Kashmiri’s with absolute impunity to hold on to their territory. What bravery to massacre those that disagree with you! Kashmiris refuse to cow down before the Indian might.”