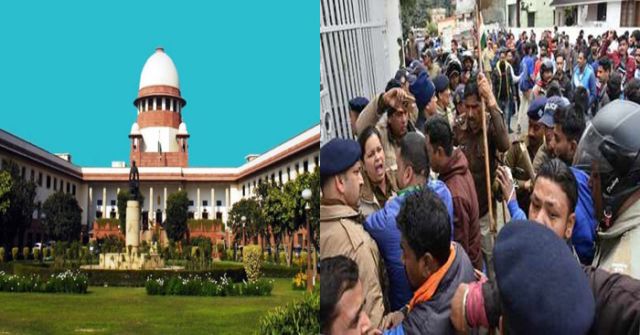 New Delhi : The Supreme Court is likely to hear on Friday a Public Interest Litigation (PIL) seeking direction to the Centre and the state governments to protect Kashmiri students, who are being targeted across the country in the wake of Pulwama terror attack.

A bench of Chief Justice Ranjan Gogoi, Justice L. Nageswara Rao and Justice Sanjiv Khanna on Thursday said they might hear the PIL on Friday after senior counsel Colin Gonsalves mentioned the same for an urgent hearing.

“It is neither possible, nor necessary,” Gogoi said as Gonsalves urged the court to hear the PIL in the afternoon at least by 2 p.m.

The PIL petitioner Tariq Adeeb has referred to a dozen media reports of attack on Kashmiri students across the country after a CRPF convoy was attacked by an explosive-laden SUV on February 14 that resulted in the death of over 40 personnel.

He also said the students from the valley were living in other states in constant fear and threat post the Jammu and Kashmir attack.

Adeeb also referred to the statement of Meghalaya Governor Tathagata Roy exhorting the boycott of Kashmiris and their goods.