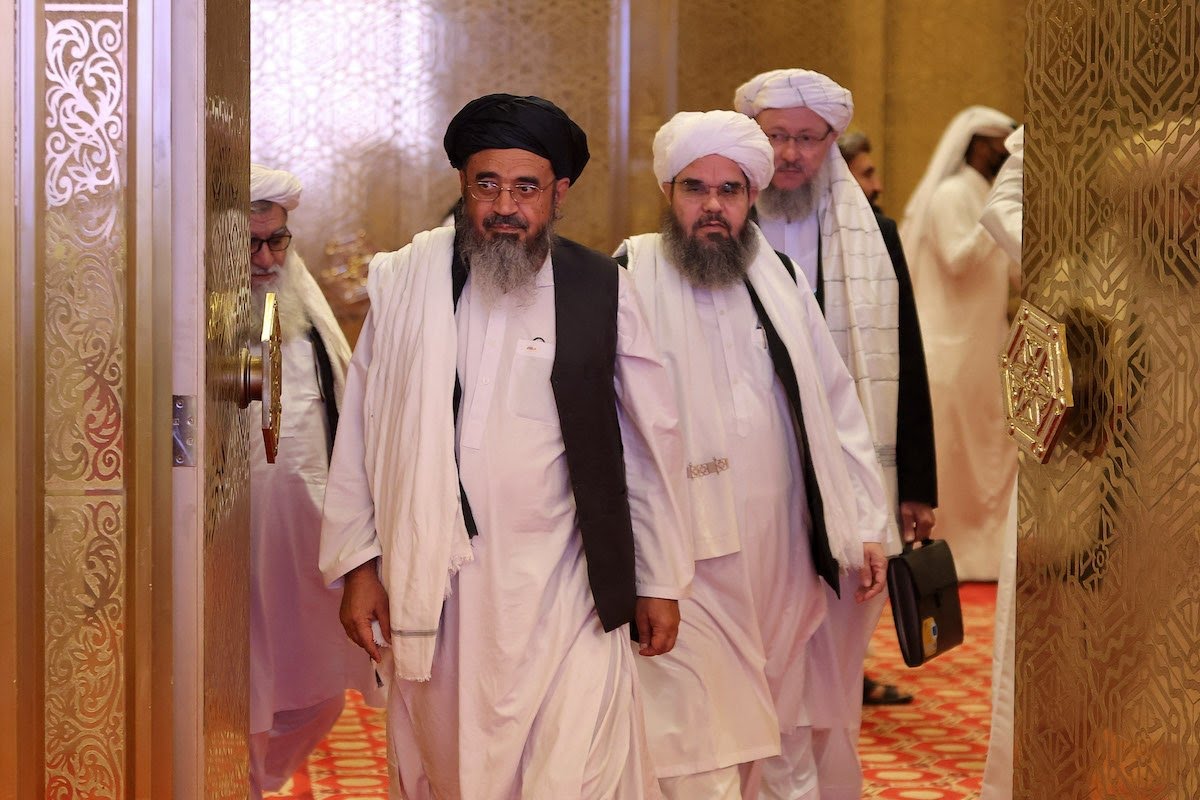 DOHA, Qatar:  Qatar’s foreign minister on Tuesday discussed with a delegation from the Taliban movement the latest security and political developments in Afghanistan.

A statement by the Qatari Foreign Ministry said the meeting between Foreign Minister Mohammed bin Abdulrahman Al-Thani, and the Taliban delegation headed by Abdul Ghani Baradar “emphasized the protection of civilians”.

Talks also focused on the “necessary efforts to achieve national reconciliation, work for a comprehensive political settlement and a peaceful transfer of power with the importance of preserving the gains made by the Afghan people,” the statement said.

Following the meeting, bin Abdulrahman said on Twitter he met “with a Taliban delegation and discussed the necessity of reaching a comprehensive political settlement that achieves a peaceful transfer of power, preserves the gains made by the Afghan people, and heightens the desired stability in Afghanistan.”

After quickly overrunning smaller administrative districts and provincial hubs, the Taliban on Sunday entered the Afghan capital Kabul and seized power, taking the country’s reins for the first time in almost 20 years.

The government quickly folded, with President Ashraf Ghani and other key officials fleeing for safety abroad.-AA