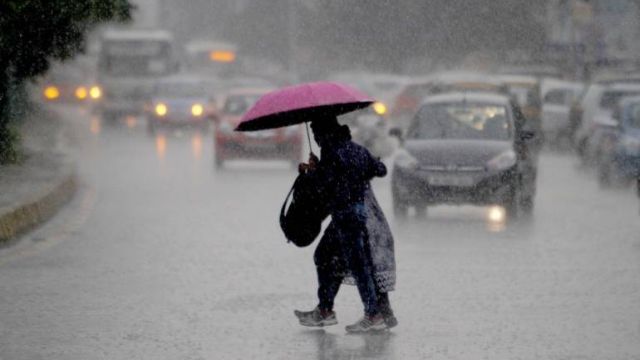 Lucknow: As per the official sources fifty-eight people have died and 53 others injured in rain-related incidents in Uttar Pradesh since Thursday as heavy rains wreaked havoc in different parts of the state.

Eleven deaths have been reported in Saharanpur followed by 10 in Meerut, six in Agra, four in Mainpuri, three each in Muzaffarnagar and Kasganj, two each in Amroha, Bareilly, Baghpat and Bulandshahr and one each in Kanpur Dehat, Mathura, Ghaziabad, Hapur, Rae Bareli, Jalaun, Jaunpur, Pratapgarh, Banda, Firozabad, Amethi, Kanpur and Pilibhit, they said.

About 23 cm of rainfall was recorded in Meerut, 13 cm each in Saharanpur and Muzaffarnagar, 10 cm in Bijnore, 8 cm in Moradabad, 7 cm in Etawah, 6 cm each in Hardoi and Baheri, 5 cm each in Kannauj, Gautam Budhnagar, Pilibhit and Bareilly, he said.

Meanwhile, Chief Minister Yogi Adityanath has directed senior officials of all districts to alert people and asked them to undertake extensive tours in the affected areas and identify dilapidated buildings, and get them vacated, a government spokesperson said here.

Directives have also been issued to extend prompt monetary assistance to those who have been severely affected by rains and also provide medical treatment to those who require it, he added.