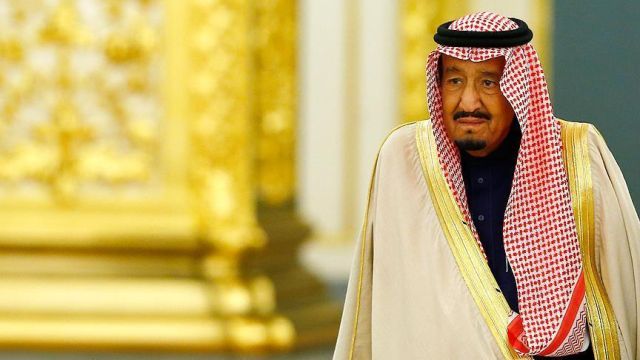 RIYADH: Saudi King Salman bin Abdulaziz has vowed to respond strongly to “any aggression against the people, security or stability” of his country, the Saudi Press Agency has reported.

The Saudi authorities accused Iran of involvement in the attack, which was reportedly thwarted by Saudi air-defense systems.

Riyadh accuses Iran of providing the Houthis with medium-range missiles that have caused extensive material damage — and put civilians at risk — in both Yemen and Saudi Arabia.

Nevertheless, at least one person — an Egyptian national — was killed in the attack while another two people were injured.

Yemen has been wracked by conflict since 2014, when Houthi rebels overran much of the country, including capital Sanaa, forcing Yemen’s Saudi-backed government to establish an interim capital in Aden.

The following year, Saudi Arabia and its Arab allies launched a massive air campaign aimed at rolling back Houthi gains and shoring up the pro-Saudi government.

Riyadh has repeatedly accused the Houthis of acting as a proxy force for Shia Iran, Saudi Arabia’s arch-foe in the region.

*Ali Murat Alhas contributed to this story in Ankara