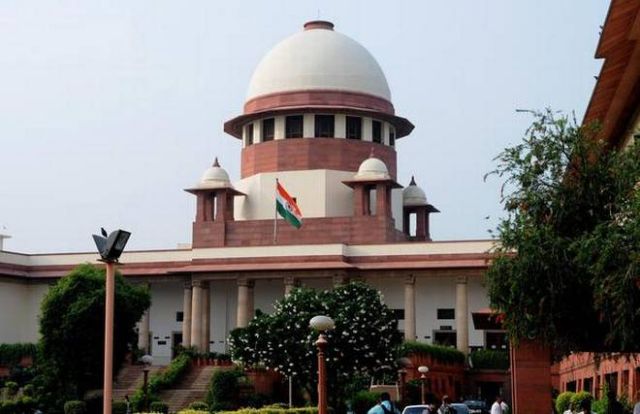 New Delhi : The Supreme Court on Monday ordered adequate security for the Kathua rape victim’s family, their lawyer Deepika Singh Rajawat and others and sought the Jammu and Kashmir government’s response to a plea for the transfer of the trial of the case to Chandigarh.

A bench of Chief Justice Dipak Misra, Justice A. Khanwilkar and Justice D.Y. Chandrachud directed the state to provide adequate security also to Rajawat’s family as well as Talib Hussain — a member of the Bakerwal community who is helping the victim’s family.

As an interim measure, the court directed that Jammu and Kashmir government “shall keep the security, as provided to the family members of the victim, in continuity; provide security to Ms. Deepika Singh Rajawat and her family members; and that protection shall be provided to Mr. Talib Hussain, who is assisting the victim’s family in prosecution of the grievance by remaining present in the Court or engaging counsel to assist the public prosecutor”.

The court said that the security so provided would be in plainclothes.

The court order came on the eight-year-old girl’s father’s plea who sought transfer of the trial in the case from Kathua in Jammu and Kashmir to Chandigarh and protection to the family in the face of threats.

Rajawat alleged that she was labelled ‘anti-Hindu’ and was facing a social boycott for taking up the case of the child rape victim, who was kidnapped in January from Rasana village in Hiranagar tehsil of Kathua and was later found murdered.

Senior counsel Indira Jaising, representing the girl’s father, expressed satisfaction over the investigation and told the apex court that they wanted the transfer of the trial to ensure that it was fair.

She told the court that a charge-sheet has been filed and there was a possibility of a supplementary charge-sheet also being filed.

Jaising told the court that a fair trial is an inseparable facet of Article 21 of the Constitution, and there is an apprehension in the mind of the petitioner, the biological father of the victim, that there would be no fair trial as there have been protests by the members of the Bar.

The senior counsels also flagged the issue of witness protection.

The apex court directed the next hearing on April 27.

All eight accused in the Kathua rape-murder case were presented on Monday before Kathua Chief Judicial Magistrate A.S. Langeh amid tight security as the trial began.

The eight include Sanji Ram, a former revenue official and the alleged mastermind of the heinous crime.

The trial court will hear the matter on April 28.