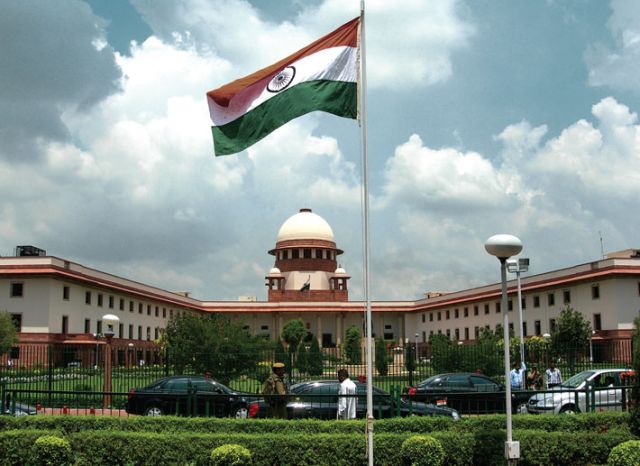 New Delhi : The Supreme Court on Wednesday sought the Centre’s response on a plea that sought discontinuation of mandatory morning prayers at Kendriya Vidyalayas that begin and end with Sanskrit ‘shlokas’ and Hindi prayers based on Hindu religion.

Seeking the response on a public interest litigation that wanted a stop on “any kind” of prayer in the morning assembly at Kendriya Vidyalayas across the country, a bench of Justice Rohinton Fali Nariman and Justice Navin Sinha said the issue involves a constitutional question and needs to be examined.

The mandatory recitation of the prayer by children belonging to minority communities as well as atheist, agnostics, sceptics, rationalists and others, the PIL said, was “constitutionally impermissible”.

A perusal of the prayer, the PIL petitioner said, shows it is based on Hindu religion and is very different both in substance and form from prayers of other religions, including that of people with non-religious orientations.

The petitioner said compulsory recitation of ‘shlokas’ rooted in Hindu religion and prayer in morning assembly was contrary to Articles 28(1), 19(1)(a) and 25(1) of the Indian Constitution.

Article 28(1) says: “No religious instruction shall be provided in any educational institution wholly maintained out of state funds.” Article 19(1)(a) says: “All citizens shall have the right to freedom of speech and expression.”

Shah contended that the common prayer is a “religious instruction” within the meaning of Article 28 of the Constitution and should be prohibited.

The petitioner contended that compulsory recitation of Sanskrit ‘shlokas’ and Hindi prayer is also violative of Article 25(1) which says: “Subject to public order, morality and health and to the other provisions of this part of the Constitution spelling the (fundamental rights), all person are equally entitled to freedom of conscience and the right freely to profess, practise and propagate religion.”

Providing for a common prayer and common uniform, Article 92 of the Code spells out the conduct and procedure in which the morning assembly is to be carried out in 1,125 Kendriya Vidyalayas across the country.