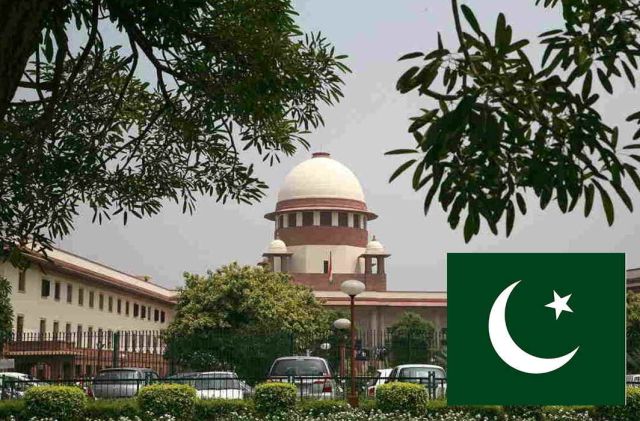 New Delhi : The Supreme Court on Monday sought the Centre’s stand on a plea by a cleric seeking a ban on hoisting green flags with a crescent and star, terming it as un-Islamic and resembling that of a Pakistani political party.

A bench of Justice A.K. Sikri and Justice Ashim Bhushan asked Additional Solicitor General (ASG) Tushar Mehta, appearing for the Centre, to seek instructions from the government on the issue and posted it for hearing after two weeks.

The court was hearing a plea filed by the Syed Waseem Rizvi, the chairman of Uttar Pradesh Shia Central Board of Waqfs, allegeding that the flags hoisted resembled the flags of the Pakistan Muslim League, which belongs to the “enemy country”.

Senior advocate S.P. Singh, appearing for Rizvi, told the court that during petitioner’s visit to Mumbai, Hyderabad, Karnataka and other places in the country, he saw flags on several buildings and religious structures, which were allegedly a cause of tension between Hindu and Muslim communities.

Such flags were being hoisted in Muslim-dominated areas with utmost impunity and the crescent and star in a green backdrop have never been part of any Islamic practice and does not have any role or significance in Islam, claimed the plea.

The petition stated that the crescent star flags in green colour owes its origins to the erstwhile political party, Muslim League, founded by Nawaz Waqar Ul-Malik and Mohammad Ali Jinnah in 1906. But in the present day, it was being used by Indian Muslims who were treating it as an Islamic flag.