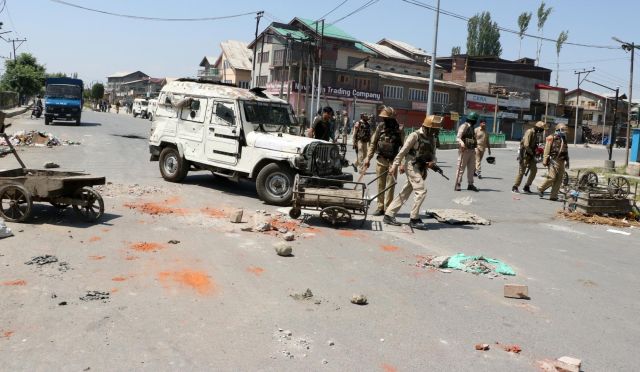 Srinagar : Eight people including four paramilitary Central Reserve Police Force (CRPF) troopers and an equal number of civilians were injured on Saturday in four grenade attacks carried out by the militants.

Peace in summer capital Srinagar was torn by these explosions as the militant outfit, Jaish-e-Muhammad (JeM) owned responsibility for these attacks.

Three CRPF troopers and three civilians including a woman were injured in the first attack.

One CRPF trooper and a civilian pedestrian was injured in the second attack.

Third attack occurred minutes after the second attack. Militants hurled a grenade at another CRPF vehicle in Magarmal Bagh area of Srinagar. Nobody was injured in the third attack.

The fourth grenade attack took place in Moominabad Batamaloo area of Srinagar at a CRPF vehicle. However, no one was injured.

Attacks have taken place in Srinagar city during the holy Muslim month of Ramadan when the security forces have suspended operations against the militants in Kashmir to ensure that the people observe the holy month in prayer and penance.

Sources told IANS Singh will take stock of events since the ceasefire announcement and also analyse the possibility of extending the ceasefire to the forthcoming Amarnath Yatra.