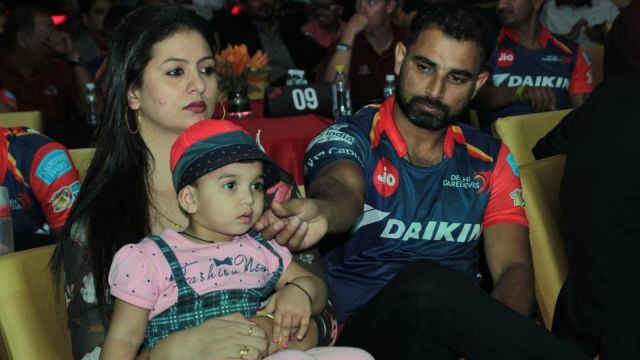 New Delhi : India pacer Mohammed Shami is blaming “a third party” for the allegations of domestic violence and extra-marital affairs hurled against him by his wife Hasain Jahan. He has denied the charges.

Shami said this was not a work of Hasin and someone was involved, maybe due to greed of money.

She also uploaded photos and phone numbers of the women. Jahan alleged that Shami, 27, and his family had tried to kill her.

“I still say that this is not the deed of Hasin. This is certainly a plan of a third party, maybe the happiness of my family is intolerable, maybe because of the greed of money,” Shami was quoted as saying by News18 India.

Hasin has also levelled allegations of match fixing against the bowler.

Shami said: “As regards match fixing, the perpetrators evade, there was no fault in my mind, nor is and neither will it be.

“I appeal to the people, to the BCCI, to the anti-corruption (department) that I am with them in this investigation… I have not committed any wrong,” he added.