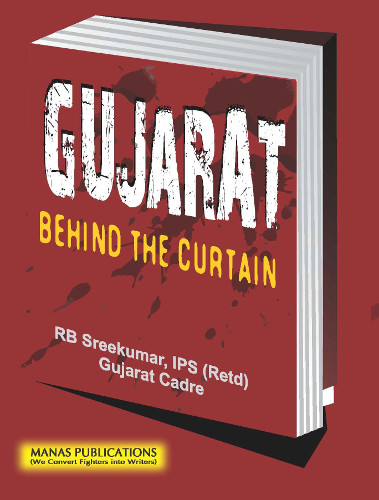 Gujarat post Godhra riots once surfaced as Former chief of Gujarat Intelligence Bureau R B Sreekumar made shocking revelations through his book Gujarat: Behind the Curtain, about the functioning of the state police department in the aftermath of Godhra train carnage. The ex-bureaucrat has disclosed shocking facts which not only brings the role of the then legislative government under scanner but also throws light on the actions of Muslim IPS officers who also chose to provide a freehand to saffron rioters, particularly in Naroda Patiya.

At least six IAS and seven IPS Muslim officers at the time were working in close coordination with the government and chose to turn a blind-eye towards the rioters linked to saffron bodies.

“At least two Muslim officers, including a commandant, even defied my “written orders” to give shelter to 500 Muslims from Naroda Patiya on the state reserve police (SRP) premises. Consequently, they had become victims of riots… Most of the 96 people killed in the evening in Naroda Patiya were reportedly from this group of Muslims… No action was initiated for defying written order of ADGP (AU) and no report was made,” Sreekumar wrote in his book.Sreekumar also mentions about the strive he made towards exposing those within the establishment responsible for orchestrating the entire pogrom. During his five-month stint as Intelligence chief beginning immediately after the trains were burned in Godhra, Sreekumar was given “illegal” orders from higher authorities, and not allowed to take action against those who were bent on sparking communal tensions on a large-scale.

Gujarat, Behind the Curtain,’ a book on Gujarat riots by R B Sreekumar, former DGP, Gujarat, was published the other day in New Delhi, according to a release issued here by Sreekumar. The former IPS officer, a native of Neyyattinkara in Thiruvananthapuram, had been in the news for his relentless fight against the then Gujarat Chief Minister Narendra Modi, alleging that Modi had given a free hand to the rioters for two days following the killing of 59 Hindu pilgrims at the Godhra railway station in 2002.

Sreekumar had been alleging that subversion of criminal justice system was followed in Gujarat after the Godhra incident with the tacit understanding of the government.Sreekumar had thrown light on the role of intelligence agencies after the Godhra incident and how policemen and bureaucrats responded during the riots. It is worth noting that this is the first time that SIT has recorded the statements of Sreekumar which will prove to be of pivotal importance for the investigation agency. A reliable source said, “The statements were recorded not in connection with a particular case but in connection with the act of commission and omission during the riots by a few people. The statements were recorded in connection with the conspiracy of the riots.”

Jafri’s  wife had filed an application in the apex court challenging the decision of the Gujarat high court to dismiss the plea which sought registration of a complaint against Modi and others for their alleged role in the Gulbarg Society riots of 2002.

Sreekumar said  that he was subsequently superseded by three of his juniors. However, he was promoted after he filed a petition before a tribunal but by then he had already retired.

According to SIT sources, senior IPS officer and IG SRP (Rajkot) Rahul Sharma was also quizzed in this connection. Sharma has been named as a witness in Zakia’s complaint on account of his submitting a CD containing call details of some ruling party politicians, VHP activists and police officers during the riots. It was on the basis of his CD that former minister Maya Kodnani and former VHP leader Jaideep Patel were arrested.