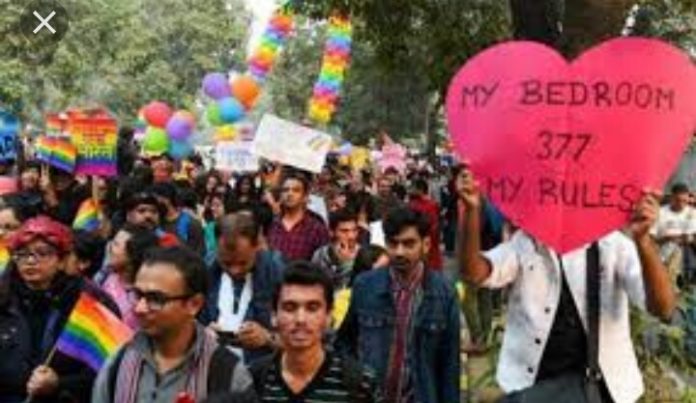 New Delhi: Prominent Muslim organizations also reacted to the Supreme Court’s verdict decriminalizing homosexuality by partly striking down Section 377 of the Indian Penal Code. They said it will lead sexual anarchy and moral decay in the society as it was against the ethos of all religions and the law of nature.

Jamaat-e-Islami Hind (JIH) on Thursday expressed its disappointment over the judgement. JIH Secretary General, Muhammad Salim Engineer said it is dismayed and disappointed over the Supreme Court verdict to legalize homosexual behavior between two consenting adults, effectively scrapping section 377 of IPC and overturning the earlier judgment of the Delhi High Court.

It may be recalled that JIH along with leaders of different religious organisations had welcomed the decision of the Supreme Court (delivered on 11 Dec 2013) wherein the SC had refused to do away with section 377 and persisted with the view that homosexuality is a criminal offence. With that historic decision, the apex court had kept the country from going on to the path of moral degradation. But today the SC has ruled that ‘human sexuality cannot be confined to a binary and that homosexuality is not a mental disorder’.

He said by decriminalizing homosexuality and permitting male-male and female-female marriage will destroy the family system and prevent the natural evolution and progress of the human race. Jamaat firmly believes in the fundamental rights of all citizens and is a strong advocate of freedom and minority rights. However we wish to remind fellow citizens that with freedom comes moral responsibility and no society can accept crimes, vices and anarchy in the name of freedom and personal liberty. We will persevere to educate the people and exercise all democratic options to resist this shameful perversion and decadence in values which ignores religious teachings, our culture and the opinion of the overwhelming majority of the people. Such filthy experiments have destroyed human society and violated the rights of women on large scale in certain countries and we should learn a lesson from it,” cascading effect.

He appealed to the citizens, the government and all political parties that to “save this country from falling into sexual anarchy, protect our children from vile sexual predators, safeguard the rights of our daughters and sisters and prevent the infringement of the fundamental rights of its citizens as the abrogation of section 377 of IPC will have a cascading effect on the Personal Laws of many religions. We sincerely hope and pray that the country will be rescued from the dark precipice it is rushing headlong into.

Echoing the same sentiments, Jamiat Ulama-i-Hind (M) said the verdict is against India’s religious and cultural ethos and values. JUHwarned that the verdict would further compound and aggravate the sexual anarchy in the country.

JUH General Secretary, Maulana Mahmood Madani underlined that our society has already been in the grip of sexual violence and crimes against women. In this context, the apex court verdict is perplexing which may give impetus to sexual misconduct and crime. He said the Supreme Court should have stick to its earlier verdict delivered in 2013 in which the court had refused to do away with section 377 and persisted with the view that homosexuality is a criminal offence.

Maulana Madani passionately argued that homosexuality is against the law of nature that will lead to moral decay and disorder in the society and will increase sexual crimes and violence as we are witnessing daily.

Countering the argument of those who advocate homosexuality as part of fundamental rights, Jamiat leader said this shameful act will destroy the family system and will make cascading effect on the progress of human race.

You cannot push the whole society into sexual anarchy and moral decadence for the sake of a few people who championed homosexuality as fundamental rights, Maulana Madani said.

Such people (homo sexual) have been existed since the ancient times but every divine book described homosexuality as ‘unnatural sex and a crime against humanity and nature’, he further said.

However, by allowing and decriminalizing same sex will make parents jittery about their wards who want to cultivate and nurture good values in them, he added.