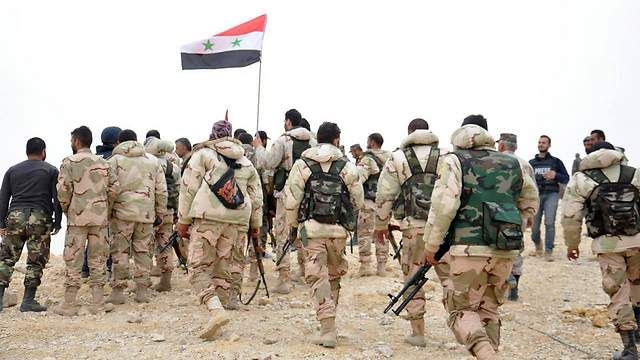 Damascus : The Syrian Army on Saturday announced it had taken full control of Harasta town in Eastern Ghouta on the outskirts of Damascus, following the surrender of Islamist fighters.

Harasta was declared free of militants after the departure of a second convoy of Islamist militiamen and their families on Friday night for the northwestern province of Idleb, which is almost entirely under the control of opposition groups, Efe news reported.

The combatants handed over their heavy weapons and left Harasta as part of an agreement reached between the Syrian authorities and the Islamic Movement of the Free People of the Levant (frequently referred to as Ahrar al-Sham).

Syria’s state-run SANA news agency claimed that a little over three thousand people left Harasta on Friday, including 1,072 armed men, to join the first group of over 1,500 people who left for Idleb a day earlier.

The Syrian Observatory for Human Rights (SOHR), a UK based war monitor, reported that the last group of evacuees arrived Saturday in the town of Qalaat al-Madiq in Hama province, from where they will head for neighbouring Idleb.

The SOHR said a total of 4,700 people left Harasta in the past two days, including 1,300 combatants and some 2,500 women and children.

Following the evacuation of the last group of armed men, the SOHR added that Ahrar al-Sham’s combatants were no longer present in Eastern Ghouta.

The Syrian Army, reportedly gained control of 90 per cent of the territory in Eastern Ghouta, considered the main opposition stronghold near Damascus, in a month-long government offensive to take the area.