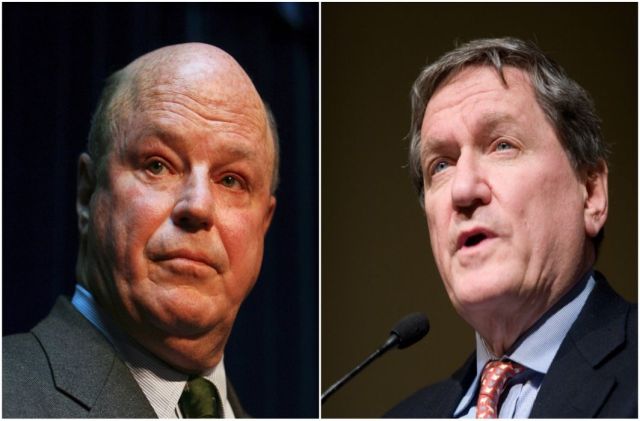 Among the dozen or so guests US Ambassador Frank Wisner was escorting to Bhutan for a holiday was Richard Holbrooke, former US Ambassador to the UN. Wisner had invited a few Indian friends to the long hall of Roosevelt House to meet the group. The year was 1996. The ebb and flow of conversation was interrupted when Holbrooke raised his hand like a Japanese tour leader. “Silent,” he whispered audibly. He walked to the far end of the hall to talk on the telephone.

He returned with his mouth full of news. “US-Taliban romance is over,” he announced with authority. Until the previous day, the US was operating on the assumption that the Taliban was the most organised and muscular group in Afghanistan who could be relied upon to stabilise the country. TAPI, or the Turkmenistan, Afghan, Pakistan, India gas pipeline, would then begin to look feasible to the US oil company, UNOCAL — the principal reason for the Afghan conflict.

What the US had not bargained for was the brutality with which the Taliban applied Shariah law on Afghan women. A series of prime time features on Taliban cruelty against women, telecast by the CNN’s Christiane Amanpour, created a sensation in Washington. Without any waste of time, the US decided to distance itself from the Taliban. US officials supportive of the UNOCAL project did not conceal their disappointment. “US gender politics has scuttled a strategic initiative.”

Fast forward to the great Tajik leader, Ahmad Shah Massoud (the lion of Panjshir valley) addressing the European Union in Brussels, in early spring 2001. He alerted the EU leaders, of the information his anti-Taliban Northern Alliance had collected: Al Qaeda, helped by the Taliban, were planning a major attack on the US mainland. For this audacity Massoud was to pay with his life. On September 9, two days before the attack on the Twin towers in New York, Massoud was assassinated at his hideout on the Tajik border. It is interesting that the two Tunisian suicide bombers who had approached Massoud disguised as journalists travelled on passports forged in Brussels, the city where Massoud exposed the plot which turned out to be 9/11. At whose behest was Massoud killed?

Had the financial crisis of 2008 not weakened the West, there may have been different scripts for many regions, including Afghanistan. But given the ground realities, President Barack Obama settled on July 2011 as the date on which US troops would begin to withdraw. In August 2011, precisely a month after the Afghan withdrawal date was announced, the Syrian theatre was opened up. Coordination or chaos?

In a paper for the Observer Research Foundation in September 2010, I had argued that Obama’s exit plans were a pipedream. Do Americans have an endgame planned? Can a superpower, in a theatre of strategic importance, have a linear exit plan when multiple strategic options present themselves? The US has been extremely watchful of a nuclear Pakistan. Is it now willing to walk away leaving the world’s only “Islamic” bomb unmonitored? Let’s not forget, Afghanistan has been the US watch tower on this count.

Moreover, a US being bled by an endless war suits all powers in the region. Demanding American departure but doing everything to keep it tied down in Afghanistan is an elementary game everyone is playing. Would interests in Pakistan wish the logistical supply line from the Karachi harbour to Afghanistan past Baluchistan to dry up? It is a regular source of incalculable earnings.

Would not a possible US departure cause Iran, Pakistan, Uzbekistan, Tajikistan, Russia and China to contemplate the Afghan real estate as a huge vacuum which each power must rush to fill up before the next one does? Here is a recipe for the mother of all civil wars.

Are the Americans likely to walk away simply because they are exasperated? After having spent a trillion dollars, losing thousands of lives, losing face — so soon after their reversal in Syria — are they really contemplating withdrawal? Will the bosses of UNOCAL suck their thumbs now? Will the priceless poppy fields of Helmand, the oil in the North, the unexplored mineral wealth now become a Russian asset?

Of course not. Absence of consistency has been one of the constants in US policy on Afghanistan. To cloak this inconsistency, amplified in the time of Trump, we have strange reports coming out of the White House. Before Steve Bannon, the President’s Chief strategist, was shown the door in August 2017, he had drawn the President’s attention to an outlandish proposition put forward by Eric Prince, the founder of Blackwater, the world’s biggest provider of private armies.

At a strategy session in Camp David, Trump’s Best and Brightest considered the plan: Afghanistan should be administered exactly as the British controlled India — under a viceroy. Is former US ambassador to Kabul, Zalmay Khalilzad, to be that Viceroy? He is an ethnic Afghan and is being tipped as special Envoy which is what the Viceroys were.

Of course, the senior military brass around Trump shot down the first Prince proposal. But with Trump beginning to look vulnerable, all manner of risky adventures are being contemplated. The other day, National Security Adviser John Bolton leaked the alarming news that Syria was about to launch a chemical attack in Idlib. How did he know? From Hezbullah leader Hasan Nasrallah’s speech last Sunday? Nasrallah said, “Data indicates that preparations are underway to stage a new chemical incident in Idlib.” This is the Western “ruse to launch an aggression on Syria”.

Meanwhile, there are statements by Iranian Supreme leader Ayatullah Ali Khamenei, Russian Foreign Ministry and reports by independent journalists like Robert Fisk that militant groups like Jabhat al Nusra, trounced in Syria, are being secretly airlifted to Northern Afghanistan. There are unconfirmed reports of a Chinese retaliation: A battalion being raised in the Wakhan Corridor to block terrorism being transported from Afghanistan. An air strike on the Afghan-Tajik border killed eight militants. According to the Afghan spokesman Khalil Asir, the origin of the aircraft remains unclear. Strange things are happening.

US Presidents have been known to dramatically divert attention when faced with internal crises. Is some catastrophe being manufactured to protect Trump?

(Saeed Naqvi is a commentator on political and diplomatic affairs. The views expressed are personal. He can be reached on saeednaqvi@hotmail.com)