Home Books The long and difficult journey back home – or what was home...
Facebook
Twitter
WhatsApp
Email
Telegram 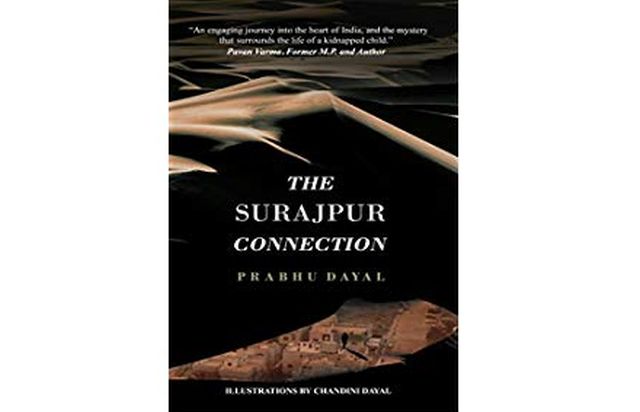 The hardest journey to undertake, if it is even possible, is to return to one’s childhood home, particularly if it was a happy period. But even this happiness — which may not be everyone’s lot — can be disrupted by forces beyond relentless time. Within a twinkling of eye, all comforts and happiness being replaced by pain, deprivation and oppression.

And even if you can surmount the problems and even manage to return, it will never be the same.

It is this inexorable truth of life that former diplomat Prabhu Dayal portrays in his second work, a novella which is poignant and heart-wrenching but also showcases hope, and how kindness and generosity — no matter how expressed — can be encountered as often as cruelty and self-interest.

Beginning with an evocative prologue, where a well-heeled expatriate businessman, on a trip to Mumbai, is casually reading the paper in his hotel room when something catches his attention and forces him to change his whole schedule and leave for north India.

The scene then shifts over a quarter century or so into the past, to the rural areas in Uttar Pradesh’s Allahabad, where a prominent and influential landlord has repeatedly spurned the (then) all-powerful Congress’ repeated requests to be the party candidate for the coming elections (1967).

The reason is simple — for “after years of pills, prayers and pilgrimages”, he and his wife finally have a son, they fondly call Sonu.

But while his parents are overjoyed, there are others, who pretend to adore him as much but have darker intentions in their heart, and soon act on them without mercy.

One post-monsoon afternoon, the household is sleeping and a four-year Sonu playing outside when he goes missing. An extensive search is made, police swing into action, desperate efforts are made to find him, but there is no trace and not even a ransom demand.

Little his grieving parents know that their innocent son has become the victim of a particular dreadful crime and is even no longer in the country, but far away beyond the seas, doing a dangerous chore in a desert land.

But while after six months of torture, danger and worse, Sonu and a fellow prisoner do manage to escape, will the unforgiving desert allow them to survive? Will he, if he stays alive and manages to find his way home to his own land, by some miracle, be able to make his way home, given he doesn’t know the name of his parents or where he lived, despite this promise made to himself?

And what is the connection between Sonu and the successful businessman we meet in the initial pages?

These are all the questions the author engagingly answers,in this short but powerful account which covers a fairly wide spectrum of the human condition — from depravity to decency.

In his second book after the uproarious yet incisive “Karachi Halwa” about his stint in Pakistan, Ambassador Dayal moves effortlessly and adroitly to fiction.

With his four-decade-long service having encompassed the Middle East, Europe and America, he makes good use of both his roots and experience, especially in the Arab world, to sketch vivid portraits of mofussil Uttar Pradesh to Dubai, in its transition from a small town to a glittering megapolis, as well as a range of characters, spanning evil uncles, oppressive trainers, kind-hearted sailors, maternal teachers and so on.

Though at a superficial level — in its plot, set pieces, telescoped action, and its rather dramatic denouement and so on — it may seem like a Bollywood film, it is not so simple, for it raises some vital questions and issues.

These include, but are not limited to, identity, the concept of home and family, the need to be anchored, the (transient nature of) happiness, whether loyalty deserves the name if for an evil purpose, can kindness be graded on its intention, and much more, which makes this story a short but most engrossing and thoughtful read.