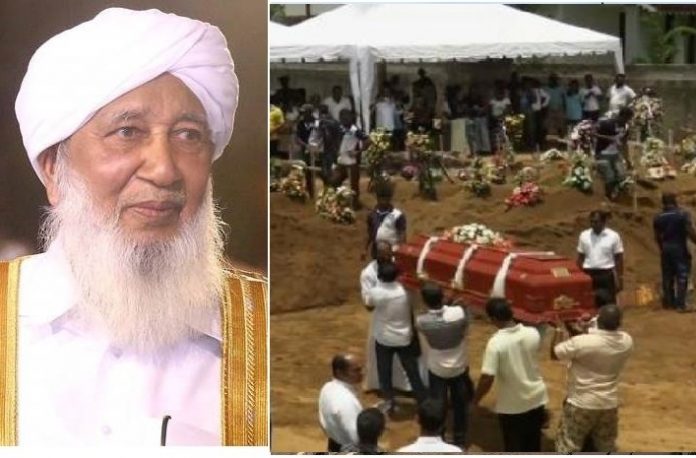 New Delhi: Sheikh Abubakr Ahmad, the Grand Mufti of India, in a statement said that the perpetrators of the deadly attack in Sri Lanka are the enemies of Islam and they have nothing to do with Quran or the teachings of  Prophet Muhammad.

The extremist views of those criminals were their own mentally fabricated theories that will never be acceptable to any religion.  Such brutal perpetrators are the cruelest men in front of God and will be thrown into the hell and will remain there forever.

He also added the Sri Lanka’s Mainstream scholars and Sufi believers had strongly opposed when these criminals came out with distorted and irreligious propagation in the cities like Kattankudy against Sunni-Sufi Muslims acknowledging that they are criminals and the enemies of Islam years before, as well as complained to the police.

The Indian community, particularly the Muslims are standing with the Christian brothers of Sri Lanka and prayed for the Almighty Allah to save the nation from such terrorists, he added.

The grand Mufti stated that he has sent a letter to Austin Fernando, the High commissioner of Sri Lanka in India in solidarity with the nation in this turbulent time.

Sri Lankan government should make sure that Muslim community in the country who are living in fear should feel safe.  The criminals who were caught by the Security agencies so far don’t deserve any sympathy and should be given the hardest punishment, the Grand Mufti added.