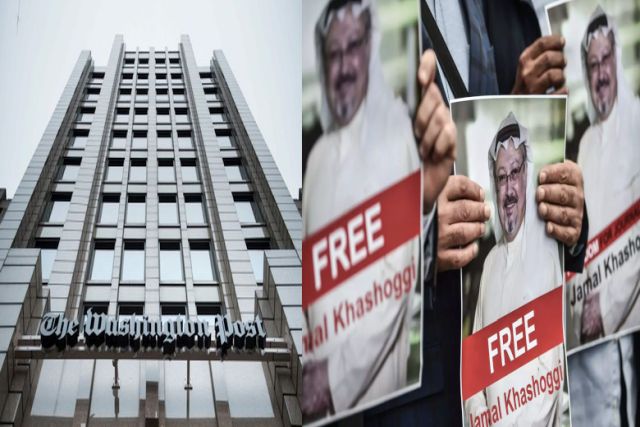 Washington : The Washington Post has published the last article written by its missing Saudi Arabian journalist Jamal Khashoggi in which he wrote about the poor state of press freedom across the Arab world.

Khashoggi’s editor, Karen Attiah, received the column from the journalist’s translator one day after his disappearance on October 2.

“The Post held off publishing it because we hoped Jamal would come back to us so that he and I could edit it together. Now I have to accept: That is not going to happen,” Attiah said on Wednesday.

“Khashoggi’s last column titled “What the Arab world needs most is freedom of expression”, espoused the cause that animated most of his life: free expression in the Arab world”.

“Arab governments have been given free rein to continue silencing the media,” including the internet, so the region “is facing its own version of an Iron Curtain, imposed not by external actors but through domestic forces vying for power”, Khashoggi wrote.

He added that the Arabs “are either uninformed or misinformed. They are unable to adequately address, much less publicly discuss, matters that affect the region and their day-to-day lives”.

In his final article, the journalist who left Saudi Arabia where he held comfortable positions in the ruling establishment, and moved to Washington where he began contributing columns to The Post, called for “the creation of an independent international forum, isolated from the influence of nationalist governments spreading hate through propaganda”.

In 2016, he had warned against the regime of King Salman bin Abdulaziz Al Saud and his son, Crown Prince Mohammed bin Salman, about “an overly enthusiastic embrace of then-President-elect Donald Trump”.

In the columns he published in The Washington Post before his disappearance, Khashoggi offered a consistent message: “Saudi Arabia desperately needed the liberalizing reforms being promised by Mohammed bin Salman, but they could not be combined with repression.”

“Replacing old tactics of intolerance with new ways of repression is not the answer,” he wrote in an article in April .

Khashoggi has been missing since he entered the Saudi Consulate in Istanbul on October 2 to pick up documents for his upcoming wedding to his Turkish fiancee Hatice Cengiz.

Unconfirmed reports said that Khashoggi was likely killed inside the compound, a claim denied by Saudi officials as “baseless”.