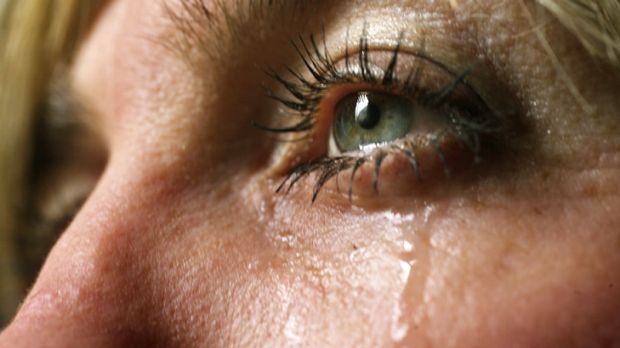 “Currently, Prostitution in India is a Rs. 40,000 crore annual business. Nobody knows what use this money is put to. This black money further leads to a vicious circle of crimes and thus leads to irreparable damages to the society and economy. According to a survey, there are approximately 10 million sex workers in India out Of which 1, 00,000 are in Mumbai alone, Asia’s largest sex industry centre. There about 300,000 to 500,000 children in sex trade in India,among which Bangalore along with five cities together account for 80 % child prostitutes in the country. This is the extent to which prostitution is prevalent in India.”

While I am not an advocate of Triple Talaq, which I myself consider to be a distortion of Islamic Law, I cannot endorse the state intervention in the personal laws of any community or sect. The truth is that even if the Law bans Triple Talaq, it will not cease to happen unless the religious scholars declare it invalid. The truth is that the hullabaloo against Triple Talaq is more out of the desire to keep Muslim community in a dock rather than any real will to help the cause of women. Even if a ban is imposed, there are little chances that it would have any appreciable effect on the ground. It can only help the cause of the couples who are interested in reconciliation even in violation of the principles of the sects they belong to. For such person, the solution is available even without such a ban. They can approach the Muftis of the sects which do not recognize Triple Talaq, Those who are firm in their sectarian affiliations will not reconcile after the pronouncement of Talaq thrice, even if it has ceased to be legal.

The BJP Government came to the power with a clear Corporate-Communal agenda, and the last two and a half years have provided more than ample evidence that it has been aggressively pursuing both without any dilution of sincerity or effort. Hardly any day passes without a communal issue having hit the media. But when the corporate agenda faces a threat from a religious or communal agenda, it is the corporate agenda which ultimately prevails. Otherwise, what will explain the fact that a Government in control of a party which boasts of Hindu Dharma as its driving force has never felt concerned about the hugely adverse effects of alcohol and ever rising nakedness and prostitution in the country? All these affect women more than anyone else. Why then is there no support to a blanket ban on alcohol and prostitution? Why has the Government not taken any action to ensure that women including Hindus get their shares in the properties of their parents? Why has the Government not launched an all-out offensive against Female Foeticide? Why is their concern limited to the victims of Triple Talaq alone?

The prostitution in India is not only on the rise but is also providing natural habitat to the HIV Virus. A report, titled, “Prostitution in India: The Staggering Numbers And The Stagnant Legality” by Nupur Dogra says:“Currently, Prostitution in India is a Rs.40,000 crore annual business. Nobody knows what use this money is put to. This black money further leads to a vicious circle of crimes and thus leads to irreparable damages to the society and economy. According to a survey, there are approximately 10 million sex workers in India out Of which 1, 00,000 are in Mumbai alone, Asia’s largest sex industry centre. There about 300,000 to 500,000 children in sex trade in India, among which Bangalore along with five cities together account for 80 % child prostitutes in the country. This is the extent to which prostitution is prevalent in India.”

The official figures recognise only the registered “sex workers” but even that number is staggeringly high. According to a Times of India report,

“In 2007, the Ministry of Women and Child Development reported the presence of over 3 million female sex workers in India, with 35.47 percent of them entering the trade before the age of 18 years. The number of prostitutes rose by 50% between 1997 and 2004.

“There are a whopping 6,88,751″registered” sex workers in the country and it’s not mandatory for them to have a health certificate on sexually transmitted diseases. Put together, these two pieces of information — revealed by the government in an RTI reply — should send the alarm bells ringing as unprotected paid sex is the main driver of the HIV epidemic in India.

“The reply by the ministry of health and family welfare also reveals that the southern states have the largest number of sex workers, at least on government records. Andhra Pradesh leads the list with more than one lakh registered female sex workers while Karnataka has 79,000.These two states are followed by Tamil Nadu, Maharashtra and West Bengal.

“Jammu and Kashmir has the least number of registered sex workers — 259.

“Among the metros, Delhi leads the list. Though the capital has only one known red light area, GB Road, there are 37,900 sex workers — more than those in India’s financial capital, Mumbai.”

Not only are the prostitutes women, the trade indirectly affect a tens of thousands of other women and their families. More than 300000 people in India have HIV/AIDS. Among them are not only prostitutes themselves but also women who have contacted the disease from their husbands or boyfriends who had contact with the prostitutes. Many others are wives of these patients who are going to be devastated in one way or the other on account of the disease.

But why should Government do anything against prostitution, promiscuity and pornography when banning them would be against the interests of the market.They can only support the agenda of market sponsored feminism, not the true rights of women.

The same applies to the issue of Alcoholism. According to T. T. Ranganathan Clinical Research Foundation, Chennai,

“62.5 million Alcohol users are estimated in India. Due to its large population, India has been identified as the potentially third largest market for alcoholic beverages in the world which has attracted the attention of multi-national liquor companies. According to the report, the market of alcohol has been growing steadily at 6% and is estimated to grow at the rate of 8% per year. alcohol and public health” by Dr Vivek Benegal reports:

“Alcohol related problems account for over a fifth of hospital admissions but are under recognized by primary care physicians. Alcohol misuse has been implicated inover 20% of traumatic brain injuries and 60% of all injuries reporting to emergency rooms. It has a disproportionately high association with deliberate self-harm, high-risk sexual behavior, HIV infection, tuberculosis, esophageal cancer, liver disease and duodenal ulcer. A study from the state of Karnataka in South India estimated that monetizable direct and indirect costs attributable to people with alcohol dependence alone, was more than 3 times the profits from alcohol taxation and several times more than the annual health budget of that state.”

Alcohol kills not only the drinkers themselves but is also the major factor in accidents,murders, suicides and rapes. A report says, “With India reporting as many as 1.34 lakh fatalities in road accidents every year, a vast 70 per cent of them being due to drunken driving,questions are now being raised on whether the mushrooming growth of liquorvends along the highways is responsible for costing precious lives in an untimely manner.”

Moreover, the overwhelming majority of Indians including Hindus and Muslims want ban on alcohol. Almost all but a few women want ban because again alcohol affects them badly and is responsible for most of the cases of domestic violence and rapes. A Times of India report, entitled, “98% women and 86% men support liquor ban in Kerala” says:

“A TOI-IMRB survey conducted in Thiruvananthapuram and Kochi, the state’s leading metros, revealed that 92% of the respondents supported the liquor ban. Gender-wise, 98% women cheered the decision of the Kerala government to phase out alcohol consumption in the state in 10 years, beginning with shutting down bars, while the percentage of yes-sayers among men was 86%.”

If the Government is truly concerned with women and its supporters are practisers of Hindu Dharma, they have no option but to impose Prohibition in the whole country without delay. But as it is more loyal to Market than Dharma, even in case of the status of women, it will follow the Market-driven feminism. The depiction of nakedness and vulgarity in TV Serials and Advertisements has only increased in last few years. They would also not like to put any curbs on sexually provocative materials and dresses because the Market and the Media would not allow it despite galloping rates of rapes in the country.

If the Modi Government is seriously interested in safeguarding the rights of women, one step which it must take regardless of the religious breakup is the realization of their rights in their parents’properties. Not only Muslims falter in this respect, Hindus do far worse.Despite new laws to make them have their rights, practically hardly any Hindu women get share in their parental properties. A report, “Property: Daughter has share but father has will” in Times of India says:

“….there is little data available on the extent to which the amended Section 6 of the HSA conferring the same rights and liabilities on the daughter and the son in the ancestral property has been implemented across the country.

Unlike in the case of RTI and NREGA, there has been no noticeable attempt on the part of the government to spread awareness about the change in property rights. Nor have civil society groups been any where as vigilant in monitoring the enforcement of HSA 2005 as they have been about the accrual of benefits from the more high-profile laws of that year.;;;

“Anecdotal evidence suggests that the import of the 2005 amendment is yet to sink in among the intended beneficiaries. Whether the women concerned are still ignorant about their new succession rights or have chosen to ignore them, Hindu ancestral properties have largely remained the preserve of their male counterparts.

“As a study conducted by a feminist group,Partners for Law in Development, put it, “The de facto situation continues to be one where women forfeit these rights to avoid strained family ties.”What is particularly difficult for the daughter is to invoke her entitlement,under the 2005 amendment, to claim partition of an ancestral home even when male heirs from her family are residing there.

“Apart from the lag in the implementation of the 2005 amendment, the Hindu inheritance law is in need of further changes for it to be rid of the remnants of gender discrimination.”

In nutshell, instead of creating tensions in the country on an the issue of Triple Talaq, which will not have any positive consequences even if banned, it would be better if the Government takes concrete steps to uproot prostitution, female infanticide and the death and destruction caused by alcohol and takes steps to ensure that women do not just pound their husbands but also get their legitimate rights from their parents and brothers.

(Dr Javed Jamil is India based thinker and writer with over a dozen books and he can be contacted as doctorforu123@yahoo.com)