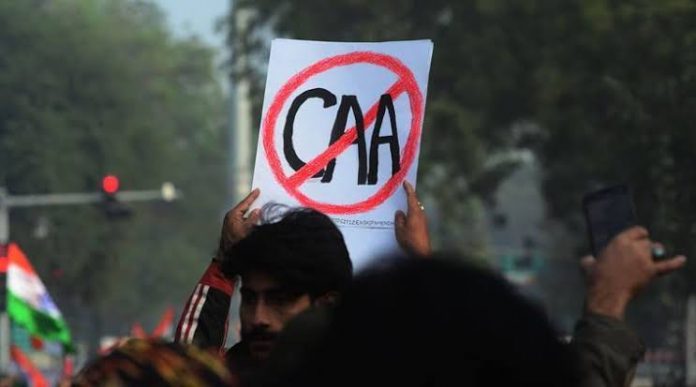 The Assembly’s Winter Session is scheduled to start from November 18, and the Trinamool is planning to move the motion then, party sources said.

Although refusing to directly confirm this, state Parliamentary Affairs and Agriculture minister, Sovandeb Chattopadhyay said that along with a number of bills that will be moved in the forthcoming session of the house, there will also be a motion on a specific issue.

The Trinamool has condemned the Union Home Ministry’s recent notification announcing that Indian citizenship would be granted to Hindus, Sikhs, Jains, Parsis and Christians coming from Pakistan, Afghanistan, and Bangladesh and currently living in Mehsana and Anand districts of Gujarat.

Now by bringing a motion condemning the recent development over CAA in the assembly, the Trinamool, as well as the state government, now want to make clear their stand that under all circumstances, they would oppose the implementation of the CAA in West Bengal.

Political observers feel that once the ruling party will move the motion in the Assembly, the development might create a major ruckus as BJP legislators, led by the Leader of Opposition, Suvendu Adhikari will oppose that tooth and nail.

Already, Adhikari has described the Gujarat development as the beginning of the implementation of CAA in all states of the country including West Bengal. So, it is expected that during the debate on the motion, he will strongly express his views which might evoke counter-reactions from the ruling party legislators.

Previously, the ruling party also moved a motion to condemn activities by central probe agencies like Central Bureau of Investigation and Enforcement Directorate in the state. During the debate on that motion too, the scene on the floor of the house was quite boiling over altercations between the ruling and opposition party legislators. — IANS