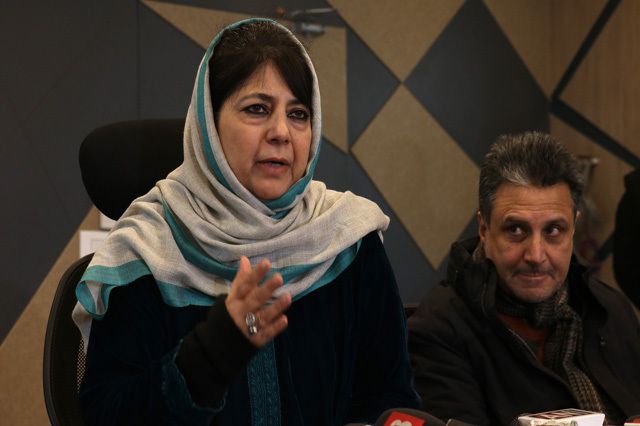 Srinagar : Former Jammu and Kashmir Chief Minister Mehbooba Mufti said on Monday that the Triple Talaq bill will create more problems for Muslim women as it will disturb the family structure among Muslims.

Addressing a press conference here, Mehbooba Mufti said that since she personally faced the problems of a broken marriage, she thought it important that she should speak up on the issue.

“Being a Muslim woman who has gone through a broken marriage, I thought I should speak up on the Triple Talaq bill.

“After separation from her husband, the biggest problem for the woman is to raise her children.

“By bringing in the Triple Talaq bill, the BJP is entering our homes. This will disturb our family life and there will be more problems for women and men economically.

“I have gone through a broken marriage and I feel that women face the biggest challenge economically after her marriage fails.”

Mehbooba Mufti accused the BJP of dividing India on religious and sectarian lines.

“The bill is the second assault on Muslims after the financial onslaught against them through bans on mutton and leather industries.

“When we talk about reservations for Muslims, the BJP rejects it on religious lines. But when it comes to this kind of law, they run to Parliament,” she said.

She called for a consensus on the issue adding that Muslims always abide by the law.

Women wearing hijab must be looked at with dignity, not as caricatures: Petitioners to SC