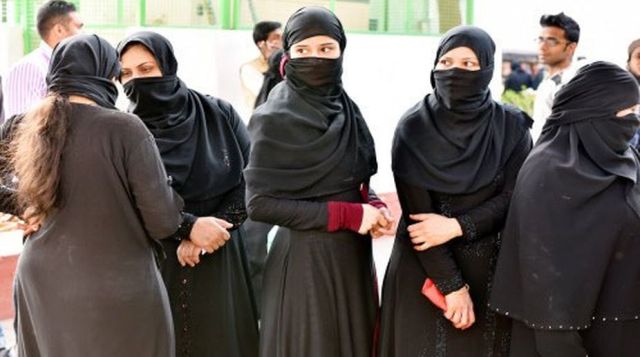 Only the naive will believe that deep concern for the welfare of Muslim “sisters” and for the maintenance of the “dignity of women” and “gender equality” persuaded the Bharatiya Janata Party (BJP) to introduce the bill in parliament to ban the practice of triple talaq.

For a party whose founder in its previous incarnation, Syama Prasad Mookerjee, thought that only a civil war can solve the Hindu-Muslim problem, as Tripura’s Governor, Tathagata Roy of the BJP, reminded us recently, and a BJP candidate in the Gujarat elections sought a reduction in the numbers of “topi and dadhiwalas” (sartorial allusion to Muslims), it strains credulity to believe that it has been guided solely by laudable motives to put an end to an admittedly reprehensible custom.

The belief will persist, therefore, that it is a desire to “garner votes” which is behind the decision, notwithstanding Law Minister Ravi Shankar Prasad’s disavowal of such an intention.

Few will deny, of course, that the practice itself is highly condemnable, not least because it is illegal even in Islamic countries. For a secular country, therefore, to allow it to prevail points to a flawed outlook whose roots lie in political calculations.

It cannot be gainsaid that the BJP is outlawing triple talaq for gaining political mileage both from sections of Muslim women and from those Hindus who will see the proposed law, first, as an example of “brother” Modi’s distress over the sufferings of Muslim women and, secondly, as a message to Muslims in general that the days are gone when they were given excessive leeway by less assertive governments.

The “secular” rulers of the past, on the other hand, also thought that they will gain votes by pandering to the predilections of the obscurantists among the minorities.

The worst example of this regressive attitude was the Shah Bano episode when the Rajiv Gandhi government negated a Supreme Court verdict in favour alimony for a divorced Muslim woman on the advice of Muslim fundamentalists.

Since the BJP’s rise from the sidelines of politics to the mainstream can be traced to that event in the mid-1980s, the Congress will have to tread carefully in deciding on its stance on the bill which has followed the Supreme Court’s recent declaration of triple talaq as unconstitutional in a case involving the litigant, Shayara Bano.

The difficulty for the Congress is that it has given secularism a bad name by making the concept virtually synonymous with minority appeasement. While the BJP will not mind being closely associated with Hinduism, the Congress has been trying to shed the impression that it has become “mussalmanon ki party” or a party of Muslims, as the Congress leader, Ashok Gehlot, has said, ever since the 2014 defeat made it aware of this unwelcome image, as the A.K. Antony report pointed out.

The triple talaq bill gives it an opportunity to refurbish its reputation by articulating a rational position on drafting the law, aiming at protecting Muslim women from cruel and whimsical divorces and at the same time ensuring that the legislation does not lead to a police witch-hunt targeting men. Since the bill has still to pass through the Rajya Sabha, Parliament’s upper house, there is ample scope for fine-tuning it for smoothing out the rough edges, the most egregious of which is to introduce an element of criminality in a civil legal procedure.

If the Congress and other “secular” parties play a leading role in ensuring that the new law will unequivocally serve the ends of justice where no one — neither the women, nor the men, nor the children of divorced parents — will suffer, then these parties will be able to retrieve much of their lost reputation about cynical kowtowing to bigots in the Muslim community and reassure the country in general that politics can rise above partisan and opportunistic considerations.

From this standpoint, the bill provides a golden opportunity to the secular outfits even if the BJP runs away with much of the credit for introducing it.

Outside of politics, what is noteworthy is the failure of the Muslims to deal with the problem on their own. But ever since partition robbed the community of bold, educated leaders and self-confidence by inducing the minority complex of being forever under siege under the numerically superior Hindus — unlike other minorities like Sikhs and Parsis who have retained their poise and self-belief — the Muslims have come under the retrogressive influence of the mullahs with the result that they have remained stuck in the past.

Triple talaq is one manifestation of such backwardness along with polygamy and the veiling of women as they reinforce the age-old patriarchal norms. Only a small section of upper middle class women — film stars and sports personnel being prominent among them — has been able to extricate themselves from the grasp of medievalism and enter the modern world. But the majority of the poor and lower middle class women have been denied the opportunity of advancement by orthodox Muslim society.

The new law offers them a ray of hope.