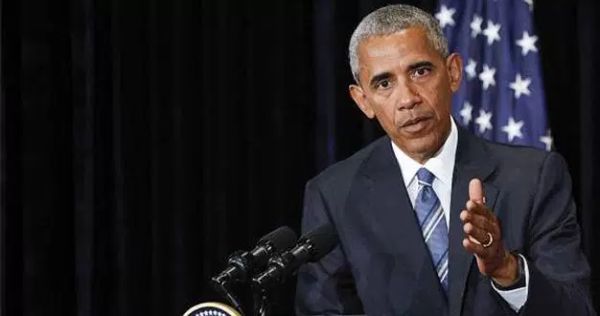 Washington, Jan 9 : US President Barack Obama said his successor Donald Trump and he are “opposites in some ways” but admitted that both have a high degree of “confidence” in themselves.

“It’s probably a prerequisite for the job, or at least you have to have enough craziness to think that you can do the job,” the president told ABC News on Sunday in an exclusive interview on “This Week”, Efe news reported.

Obama said he did not think Trump had devoted much time so far to worrying about the details of the presidency, but added his conversations with the president-elect have been “cordial” and the New York mogul has been open to his suggestions.

“The main thing that I’ve tried to transmit is that there’s a difference between governing and campaigning, so that what he has to appreciate is as soon as you walk into this office after you’ve been sworn in, you’re now in charge of the largest organisation on earth,” Obama said.

The president went on to emphasize his view that one cannot run the presidency like a “family business”, and he noted the importance of respecting the “institutions and the process to make good decisions because (the president is) inherently reliant on other folks”.

Finally, he acknowledged he had warned Trump about the impact of using Twitter, the mogul’s favourite social media and the method by which he habitually communicates directly with his millions of followers.

“I’ve said to him, and I think others have said to him that the day that he is the president of the US, there are world capitals and financial markets and people all around the world who take really seriously what he says, and in a way that’s just not true before you’re actually sworn in as president,” Obama said.

Trump will take office on January 20 at an official Washington inauguration ceremony. —IANS