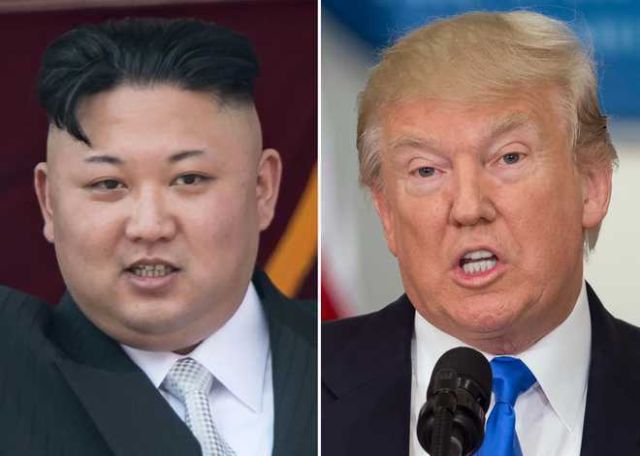 New York : US President Donald Trump is proposing phased negotiations with North Korean leader Kim Jong-un, starting with the planned June 12 summit in Singapore during which he does not expect a complete deal on denuclearisation.

At the same time, Trump has also set an ambitious goal for his interactions with Kim aiming for an end to the official 70-year state of war between the US and North Korea.

After a meeting Kim Yong-chol, the North Korean leader’s emissary, in Washington on Friday, Trump confirmed that the Singapore summit he had canceled last week was back on track.

“I think we’re going to have a relationship, and it will start on June 12th,” the President said.

Kim Yong-chol traveled to Washington after two days of negotiations with Secretary of State Mike Pompeo in New York to hand over a letter from Kim Jong-un to Trump.

Trump said that “it ended up being a two-hour conversation with the second most powerful man in North Korea” during which they discussed a whole range of subjects.

Tamping down hopes of an imminent breakthrough, Trump said: “We’re not going to go in and sign something on June 12th and we never were. We’re going to start a process. And I told them today, ‘Take your time. We can go fast. We can go slowly’. But I think they’d like to see something happen.

“You’re talking about years of hostility; years of problems; years of, really, hatred between so many different nations. But I think you’re going to have a very positive result in the end.”

As a goodwill gesture, Trump said that he will not be putting any more sanctions on North Korea, but the existing ones will continue.

Pompeo, however, has asserted that the US won’t budge from the ultimate goal of denuclearising North Korea.

“I have been very clear that President Trump and the United States objective is very consistent and well known: the complete, verifiable, and irreversible denuclearisation of the Korean Peninsula,” he sad on Thursday.

North Korea poses a major threat with the nuclear devices as well as missiles capable of reaching the US mainland that it has developed.

After it tested them last year, the two leaders traded threats and abuses, while the US succeeded in tightening the UN sanctions on North Korea.

Later this year they cooled down and agreed to talk.

While preparations were going on for the talks, there was a burst of “tremendous anger and open hostility” coming out of Pyongyang last month, which Trump cited to call off the talks.

It upset Pyongyang because after Libyan leader Muammar Gaddafi shutdown his nuclear programme in 2003 after which he was overthrown and killed in 2011 following attacks by US and its European allies.

Bolton and Pence have been sidelined and Pompeo, whom Trump has praised for negotiating with North Korea, has taken centre stage.

While Trump would score points internationally and domestically by pulling off the summit and soften his hardline image by having the summit, Kim Jong-un appears to be equally invested in the denuclearisation talks that could translate to economic development for his impoverished country that is under severe economic sanctions.

Trump said that if the nuclear issue is resolved, he expected South Korea, Japan and China to provide aid to North Korea, without any cost to the US for rebuilding it.

Trump said that during the meeting with Kim Yong-chol they talked about ending the Korean War which continues formally.

“And there is a possibility of something like that,” he added.