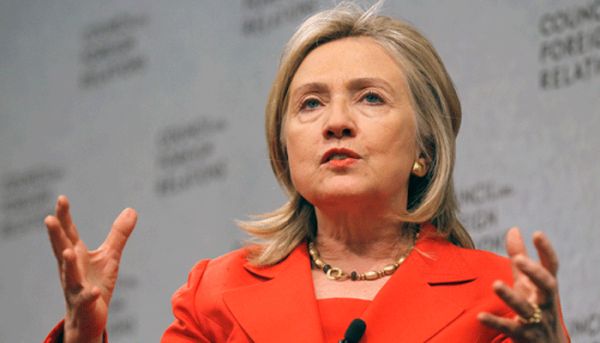 The test, which came on the 68th anniversary of North Korea’s founding, “is yet one more example of Hillary Clinton’s catastrophic failures as secretary of state,” The Politico quoted Trump communications aide Jason Miller as saying.

“Clinton promised to work to end North Korea’s nuclear programme as secretary of state, yet the programme has only grown in strength and sophistication,” Miller added in his statement.

Meanwhile, Clinton issued a measured statement subtly distancing herself from President Obama and criticising Trump without using his name.

Clinton called the test “outrageous and unacceptable” in a statement of her own, describing North Korea’s “determination to develop a deliverable nuclear weapon” as a “direct threat to the US”.

And while she praised Obama’s “call to both strengthen the sanctions passed earlier this year with the United Nations and to impose additional sanctions,” she also hinted at some distance between them, urging the US to “make sure” China will “meaningfully increase pressure on North Korea.”

Clinton then hit back at Trump by saying that this was another reminder that America must elect a president who can confront the threats we face with steadiness and strength.

“We need a commander-in-chief committed to a bipartisan foreign policy, who can bring together top experts with deep experience to solve the toughest challenges,” she said.

“And we need a president committed to reducing – not increasing – the number of nuclear weapons and nuclear states in the world,” she added in a likely reference to Trump’s past suggestion that Japan should be encouraged to develop its own nuclear weapons.

Obama denounced North Korea earlier on Friday, condemning the nuclear test “in the strongest possible terms as a grave threat to regional security and to international peace and stability” and vowing to press for new sanctions.

The test, North Korea’s fifth and the fourth on Obama’s watch, threatens to raise security tensions in Asia just as the president returns from summit meetings in China and Laos, the report said.—IANS