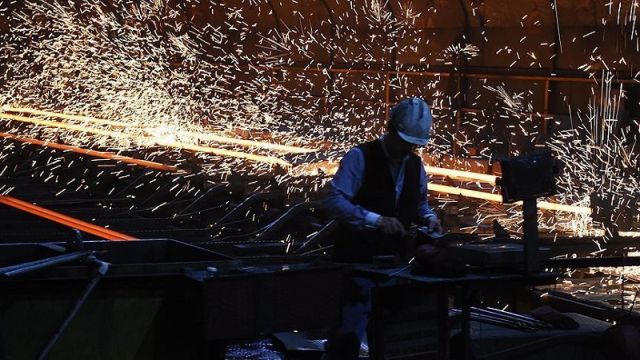 Ankara : Turkey topped the member countries of the Organization for Economic Cooperation and Development (OECD) and ranked second in Europe with its gross domestic product (GDP) growth rate in the second quarter of 2018.

With these figures, Turkey ranked first among the OECD countries, who released their data. Turkey was followed by Poland and Chile (5 percent), Hungary (4.6) and Latvia (4.4), according to data compiled by an Anadolu Agency correspondent.

OECD countries’ average growth rate was 2.5 percent in the second quarter, versus the same quarter of 2017.

On the other hand, the lowest growth rates were seen in Denmark, Japan and Italy by 0.6 percent, 1 percent, and 1.2 percent, respectively.

In the first quarter of 2018, Ireland was first among the 36 OECD countries with a growth rate of 10 percent, while Turkey ranked the second with 7.3 percent.

Among 28 countries of the EU, Turkey ranked the second after Malta, whose GDP rose by 5.7 percent year-on-year in the second quarter. Poland, Hungary, and Latvia followed Malta and Turkey. In the same period, EU28’s slowest-growing countries were Denmark (0.6 percent), Italy (1.2) and the UK (1.3).

Both EA19 and EU28’s economies grew by 2.1 percent in the April-June period, versus the same period last year.