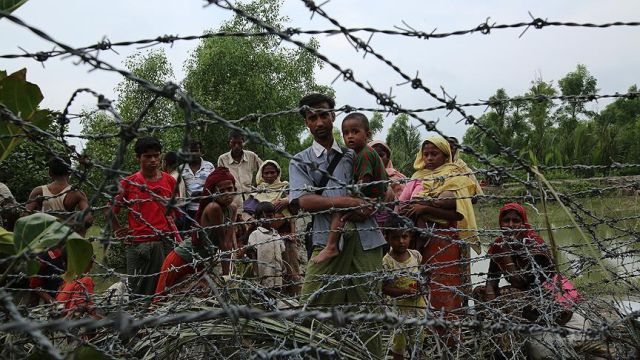 Ankara: The UN said Friday it has launched a campaign to raise $920 million for Rohingya refugees and their host country Bangladesh.

They aim to launch a joint action plan to protect the refugees with the contribution of 132 partners including the UN Refugee Agency (UNHCR) and Migration Agency (IOM).

The plan will cover the needs of 900,000 refugees and 300,000 Bangladeshis in host communities, the UNHCR and IOM said in a joint statement.

Basic needs such as food, shelter, water and sanitation as well as child protection and gender-based violence will be funded.

“Our humanitarian imperative today is to stabilize the situation of stateless Rohingya refugees and their Bangladeshi hosts. We are hoping for timely, predictable and flexible contributions in order to meet the goals of this year’s appeal,” said UN High Commissioner for Refugees Filippo Grandi.

According to Amnesty International, more than 750,000 Rohingya refugees, mostly children, and women, fled Myanmar and crossed into neighboring Bangladesh after Myanmar forces launched a crackdown on the minority Muslim community in August 2017.

The UN also documented mass gang rapes, killings — including of infants and young children — brutal beatings, and disappearances committed by Myanmar state forces. In its report, UN investigators said such violations may have constituted crimes against humanity.

More than 34,000 Rohingya were also thrown into fires, while over 114,000 others were beaten, said the OIDA report, titled “Forced Migration of Rohingya: The Untold Experience.”