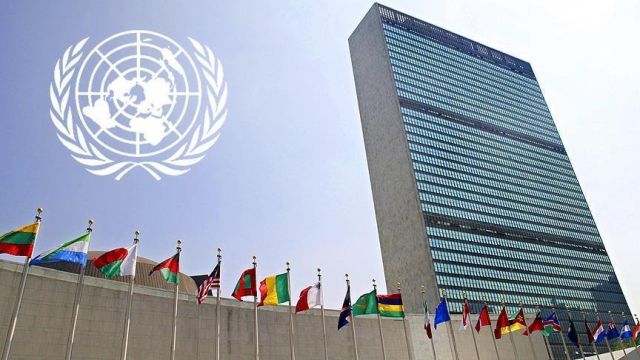 New York: UN investigators on Tuesday accused the PYD/PKK-led SDF and the U.S.-led coalition of human rights violations and attacks on civilians in war-torn Syria.

A report issued by the UN Commission of Inquiry on Syria chronicles violations that occurred between July 2017 and January 2018 based on more than 500 interviews.

The report said although attacks to defeat Daesh in the cities of Raqqa and Deir ez-Zor seem to have “successfully dislodged” the terrorist group, the battles “came at an extremely high cost to civilians”.

“Even before the campaign to take Raqqa city began, the international coalition failed to take all feasible precautions to protect civilians and civilian objects, in violation of international humanitarian law, when it launched an airstrike in al-Mansoura which killed at least 150 internally displaced persons, including women and children,” the report said.

It said the trapped residents of Raqqa were later used by Daesh as human shields.

Regarding the violations of the SDF in the country, the report revealed that the SDF are interning up to 80,000 internally displaced persons to vet them for possible connections to Daesh.

“SDF violations noted in the report also include forced conscription, including of children.”

The U.S. has supported the PKK/PYD under the name of SDF, which is considered by Ankara as the Syrian offshoot of the PKK terror organization that has waged a more than 30-year war against the Turkish state.

American support for the terror group has long vexed Ankara, as Washington views the SDF as a “reliable partner” in its fight against Daesh and continues to provide it with arms and equipment in the face of strong objections by Turkey.

The PKK has fought a 33-year war against Turkey that has resulted in tens of thousands of deaths.

Syria has been locked in a devastating civil war since early 2011 when the Bashar al-Assad regime cracked down on demonstrators with unexpected ferocity.