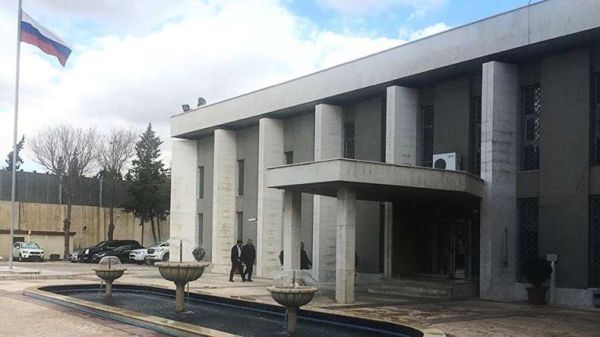 United Nations, Oct 29 : The UN Security Council has “condemned in the strongest terms” another mortar shelling on the Russian embassy in the Syrian capital of Damascus, which caused significant material damage.

The 15-nation UN body, in a press statement issued Friday night, recalled the fundamental principle of the inviolability of diplomatic and consular premises as well as the obligations of host governments to take all appropriate steps to protect diplomatic and consular premises against any intrusion or damage, and to prevent any disturbance of the peace of these missions or impairment of their dignity, Xinhua news agency reported.

Two mortar shells coming from the Jobar district in Damascus, an area controlled by anti-government forces, hit the embassy on Friday morning compound located in the central al-Mazra area of the Syrian capital, according to the Russian Foreign Ministry.

“It was a lucky coincidence that casualties were avoided,” a statement from the ministry said.

The embassy building suffered “material damage” in the attack, with four of the Russian diplomats’ cars being hit, the statement added.

This was the third time in October that the Russian embassy was shelled from militant-controlled areas.

Both previous attacks, which took place on October 4 and 13, damaged the embassy building but caused no casualties, reports said.—IANS