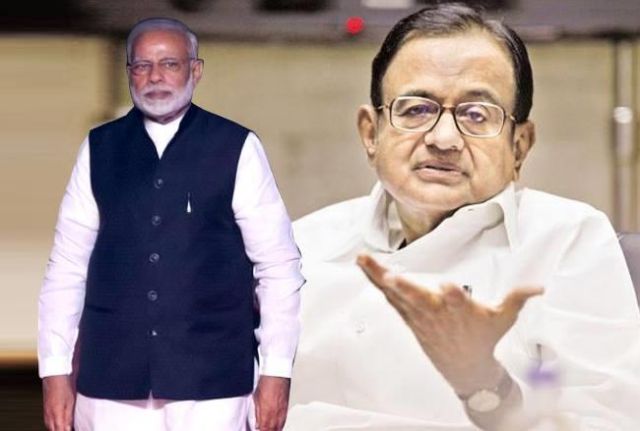 New Delhi : Congress leader and former Finance Minister P. Chidambaram said on Monday that the biggest issue in the 2019 Lok Sabha election will be unemployment and Narendra Modi government’s “incompetence to create jobs”.

Addressing the national executive meeting of the Indian Youth Congress here, Chidambaram said the Modi government did not know how to create jobs.

“There will be many issues but the biggest issue of 2019 election will be unemployment. The government is so incompetent that they don’t know how to create jobs,” he said.

There were vacancies across sectors and thousands of jobs could be further created, he said.

Citing instances, Chidambaram said there was just one teacher in one lakh government schools. “If at least five teachers are recruited in these one-teacher schools, millions of jobs will be created.”

He said there were vacancies of doctors, clerks, peons and safai karamcharis in various departments.

The former Minister said nearly 6,000 teaching posts were vacant in central universities, while in the higher judiciary 410 posts of judges were vacant.

He said if the Congress came to power, it would focus on creating jobs in MSMEs (micro, small and medium enterprises), besides paying attention to exports and off-farm jobs, such as poultry, food processing and diary farming.

“We will not do anything that this government is doing,” he said.

Chidambaram said there was “massive open unemployment” in the country and “jobs can be created when there is demand for more goods and services”.

“More goods and services will be produced with more investments which will come when there is a climate friendly to investment,” he said.

The Congress leader said investment had gone down drastically in the last four years. “Tragedy for India is that investment ratio at this stage is lowest since liberalisation.”

He said sectors such as IT, which were booming in the past, had also shed jobs.

Slamming the Modi government, he said demonetisation and faulty implementation of Goods and Services Tax had destroyed jobs in the MSME sector.

Chdiambaram also referred to the BJP leaders claiming credit for about 100 per cent electrification of villages as “another jumla”.