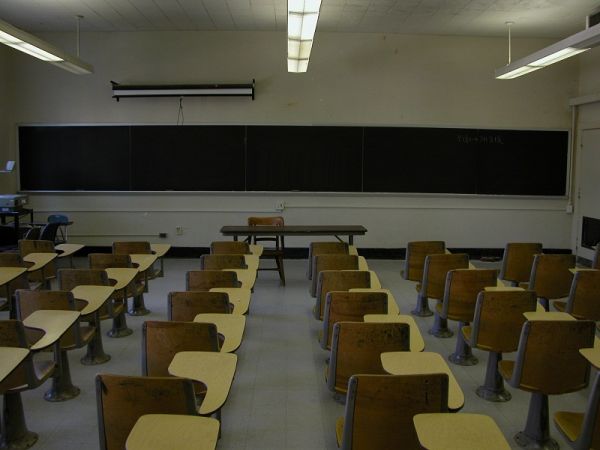 “Entire education systems are gearing up for the big push to achieve [SDG 4] by 2030,” said Silvia Montoya, Director of the UNESCO Institute for Statistics (UIS), the primary global source for statistics on education, in a news release Wednesday.

“But education systems are only as good as their teachers. Global progress will depend on whether there even is a teacher, or a classroom in which to teach with a manageable number of children instead of 60, 70, or even more pupils,” she added, noting the need to provide training, resources and support for teachers to do their job.

According to the UIS data, sub-Saharan Africa has the largest teacher gap and the region will need about 17 million primary and secondary teachers by 2030.

As the region with the fastest growing school-age population in the world, it is already struggling to keep up with demand: more than 70 percent of its countries face acute shortages of primary school teachers, 90 percent of them face severe shortages in secondary education, UNESCO added.

Similarly, southern Asia has the second-largest teacher gap, particularly in the secondary level. Only 65 percent of youth across the region are enrolled in secondary education and the pupil-teacher ratio is estimated at 29:1 (based on 2014 estimates) – far higher than the global average of 18:1. The region needs another 15 million teachers by 2030, the vast majority (11 million) at a secondary level.

The message from UNESCO coincides with this year’s celebrations of the 2016 edition of World Teacher’s Day – held under the theme Valuing Teachers, Improving their Status – highlighting the importance of the teaching profession for global development as well as the need for urgent action to address the shortage of teachers.

“How can we recruit new teachers and attract them to the vital profession of teaching when around the world, so many are undertrained, underpaid and undervalued?” they added.

The 2016 World Day commemorates the 50th anniversary of the signing in 1966 of the UNESCO/ILO Recommendation Concerning the Status of Teachers, and celebrates the essential role of teachers in providing quality education at all levels. The Recommendation concerning the Status of Teachers has, essentially, served as a charter of rights for teachers worldwide.

The Day has been celebrated annually since 1994.—AG/IINA