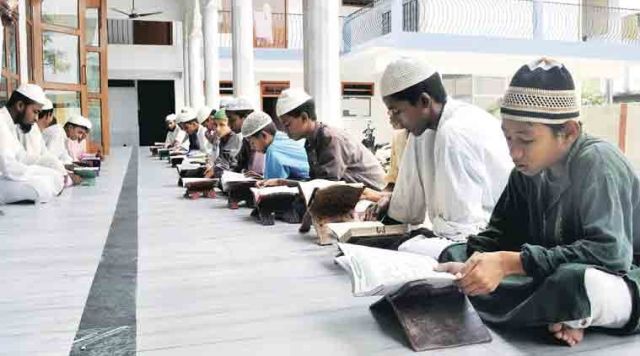 New Delhi: In a decision that is seen as ‘politically motivated’ members of the HRD Ministry’s NMCME have pitched for capturing details of unregistered madarsas in the country- which account for 80% of total madrassas- and setting up a national-level madarsa board with a suitable system for accreditation to ensure their academic standards.
In a recent meeting of the National Monitoring Committee for Minorities’ Education (NMCME), panel member Afzar Shamsi recommended that the data of unregistered madarsas be captured.

“There are two types of madarsas, one which are ‘registered’ which are roughly 20 per cent and the other ones are ‘unregistered’ which are around 80 per cent. All the data which the government is having is based on registered madarsas,” the minutes of the meeting quoted Shamsi as saying. “There is a need to capture the details of the unregistered madarsas and bring them within the ambit of registration so that a clear picture is available,” he said. Another member Jamshid Khan said, “Madarsa boards in some states are defunct. While some states have these boards, some like Maharashtra do not have any madarsa board”.

“It is suggested that there should be an all-India level madarsa board with suitable system for accreditation to ensure academic standards,” he said. “Madarsa should be linked with skill development council. In order to facilitate the spread of information amongst the madarsas besides making it available on the website, there should also be a move to spread an awareness campaign in their areas in which we members can contribute,” another panel member Suman Kumar said.

The NMCME is chaired by Union Human Resource Development Minister Prakash Javadekar and consists of nominees from state governments, Lok Sabha, Rajya Sabha, academics, activists, and administrators concerned with minority issues and the HRD Ministry officials. The main function of NMCME is to monitor minority education and the ongoing schemes of the Ministry targeted at the community. It also makes recommendations to address the issues related to recognition and affiliation of minority institutions.