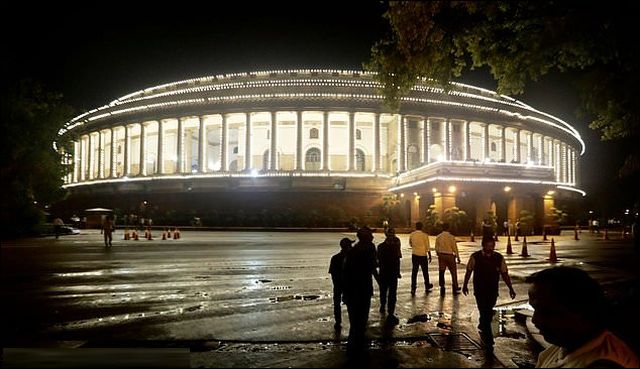 New Delhi : Opposition parties and political leaders on Monday sought to dismiss as “election gimmick” the Narendra Modi governments move to give 10 percent reservation for economically backward people in the general category, ahead of the 2019 Lok Sabha elections.

The Union Cabinet on the day approved 10 percent quota for people belonging to “unreserved categories”, including Christians and Muslims, in jobs and education with an annual income limit of Rs 8 lakh.

Questioning the legality of the move vis-a-vis the Supreme Court putting a cap of 50 per cent on reservations, the Congress called it an “election gimmick”.

“Did you (government) not think of this for 4 years and 8 months? So, obviously thought of as an election gimmick 3 months before the model code. You know you cannot exceed 50 per cent cap, so it is done only to posture that you tried an unconstitutional thing,” Congress MP Abhishek Manu Singhvi said.

“Government only misleading nation. Andhra Pradesh and Rajasthan tried exceeding 50 per cent quota but was struck down by court. Modi, BJP clearly think Indian public eats grass,” said Singhvi adding that the move was a sign of the Modi’s “fear and certainty of losing 2019 elections”.

“What exactly they (government) have decided we don’t know. How they have defined ‘backwardness’ we don’t know. Already the Supreme Court has put a cap on reservation at 50 per cent. That has not been challenged by the Central government, which means the cap remains.

“So in this case, what Supreme Court is going to do we don’t know. There are many questions which need to be answered. They have to come before Parliament. The BJP is desperate, it is panicking and rattled. It wants to do certain things for fear of losing vote base,” said Raja.

Supreme Court advocate and nominated Rajya Sabha member K.T.S. Tulsi said: “This looks like an attempt in the direction of abolishing the entire reservation system.”

Sinha questioned the government’s intent citing legal complexities and paucity of time as the current session of Parliament is scheduled to end on Tuesday.

“The proposal to give 10 per cent reservation to economically weaker upper castes is nothing more than a jumla. It is bristling with legal complications and there is no time for getting it passed through both Houses of Parliament. Government stands completely exposed,” he said.

However, BJP leader and Union Minister of State for Finance Shiv Pratap Shukla, said the move was not aimed at placating the upper caste.

“This is not an attempt to placate the upper castes. We are trying to give them their right. We are not doing a favour to them. It is in line with Prime Minister Narendra Modi’s motto of ‘sabka sath, sabka vikas’.