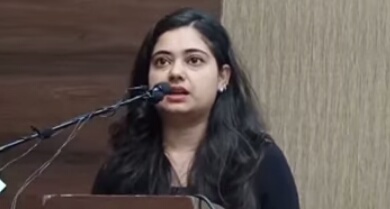 In the shadow of Covid- 19 locked down, there has been a spate of arrests being made in Delhi, mostly against the peaceful anti-CAA protesters and also against alleged instigators of communal riots in North-East Delhi.

This is an alarming development happening in the national capital that too under the watchful eyes of the Home Minister and the National Security Advisor.

Ms Safoora Zargar, is a 30-year-old lady and member of the Jamia Coordination Committee. She was arrested for allegedly being the key conspirator of the violence in North-East Delhi.  She is three months pregnant and currently in Jail.

Ms Gulfishan is a 25-year-old MBA student who took part in the Delhi’s Seelampur anti-CAA protests. She is also part of “Pinjra Tod,” a collective of women students and alumni of colleges from across Delhi. She was arrested on April 9, 2020.

Ms Ishrat Jahan is a former municipal councilor and was arrested for organizing anti CAA protest in Delhi. She is in jail for over a month now and is reported to have been tortured

Mr Meeran Haider is from Jamia Milia University. He was arrested for his alleged role in organizing the anti- CAA protests in Delhi.

Mr Ashu Khan and Mr Abdul Sattar, both residents of Jamia Nagar, were arrested for participating in the anti CAA protests.

These are annoying developments and to get a legal opinion on this, I did an E Mail interview with Ms. Mishika Singh, Lawyer and Activist in Delhi. 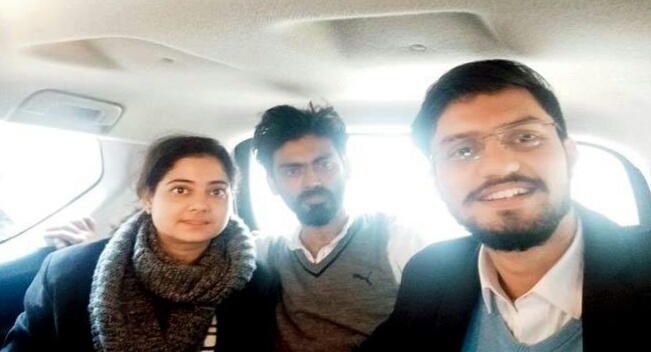 Ms Singh is actively involved in the cases related to the detentions and arrests of the recent anti-CAA protestors. She along with a group of other lawyers is engaged in defending the rights of those being illegally detained, arrested and investigated in relation to the anti-CAA movement. Her group of lawyers is also running a legal camp in post riots hit areas of Mustafabad in North-East Delhi where riots broke out in February 2020.

In this regard, I framed following questions for Ms. Mishika and with her permission I quote her answers verbatim here.

Do you think when the country is run under disaster management act, arrests/ detentions can be made? –

Arrests and detentions can be made. However, while doing the same, I think certain factors should be taken into consideration, the first and most important one being whether such arrests are thwarting any impending threat. Most of the arrests that are being made post the lock down have been notified are allegedly in relation to the riots that took place in Delhi in the last week of February. For almost a month thereafter no significant action was taken by the police. However, the police has moved more swiftly than ever once the lock down was announced, thus putting the lives of those allegedly involved in danger.

The lawyers are finding it extremely hard to tackle the present situation. However, since the police are relentlessly going on with the arrests, the lawyers have no option but put their lives in danger in order to perform their duty to the public. The lawyers are being compelled to risk their safety just in order to ensure that the ones arrested are not being jeopardized doubly, once because of the belated arrests on frivolous grounds, and the again with their medical safety not being taken into consideration.

In Delhi how many persons are arrested for their anti- CAA protests? What is their current status and what would be their future? –

It would be difficult to put a number on the arrests. We are aware of around 80 such cases. However, the Ministry of Home Affairs (MHA) has admittedly arrested over 800 individuals in connection to the riots. The current status is not very pleasant. A number of accused persons now have been charged under UAPA, making their bail more onerous. It is difficult to comment on the future of these cases as of now, but proper procedure is definitely not being followed.

Most of the arrests being made are of those who are victim of communal riot. Can you comment?

As I have said above and in addition to that, people are being continuously apprehended in the name of investigation, thus putting their medical safety at risk.

Do you think there is selective targeting being done to intimidate a particular community for stopping them from future protests? –

There is definitely selective targeting. Anyone who has followed stories of arrests and detention will see the pattern. Youth, mostly vocal youth, from a particular community are being targeted. The intention, of course, is to curb any and every voice of dissent and anyone who is taking an anti-establishment stand is being made to face the consequences.

Is the fundamental right of right to protest and freedom of speech is in danger in India? –

The right to protest and freedom of speech is now just textbook information in India. In practice, only one side of the story is being narrated. The other voice is being stifled. All dissent is being forcefully suppressed. However, I personally hope that this will make the voices only stronger. After all, what good is democracy if it tries to stifle each voice of dissent?

Was there removal of protesters from the Saheen Bagh a legal activity?

Once the COVID situation got out of control, the removal of protesters was something we all apprehended. However, the movement was not limited to just the protesters over there; it had taken form in the artwork in the entire area, in the form of graffiti on the walls, in the paintings on the roads. However, the day after the protesters vacated the area, every inch of that was wiped clean. Wiping out all indication of the movement from Shaheen Bagh goes to show how we are re-writing history, albeit only the version that is pro-establishment is being inked

Why the judiciary is not playing a proactive role in giving directions to the executive and the bureaucracy to refrain from any extra judicial activity? –

The Judiciary, at least at the lower level, has given some decent orders. However, the higher up we go, the more biases come to light. The independence of judiciary in today’s India is a myth.

Can you comment on some of the arrests being made under arbitrary laws on false and flimsy charges and the accused are put in jail having no access to legal remedies?-

Like I said, it will be difficult for me to disclose any specifics at the moment. Safoora is in Delhi and is being given very limited access to her family and almost negligible access to her lawyers. Sharjeel is still in North East and all the FIRs against him are still pending. As lawyers working on these cases, it is not fair at this point to disclose specific details in regard to these cases. However, a set pattern of charging Muslim youth under draconian legislation like the UAPA is beginning to emerge very clearly. Invoking UAPA takes away crucial rights, especially at the investigation stage.

Ms. Mishika Singh holds masters in law in Transnational Crime and Justice from United Nations Interregional Crime and Justice Research Institute. Prior to that, Ms. Singh graduated in journalism and went on to get her law degree from Delhi University. She also holds a Post Graduate diploma in Intellectual Property Rights, and has been engaged with advocacy skills training since 2018. Her current area of law practice is civil litigation, gender based violence and family law. She’s presently a Guest Faculty at Lloyd Law College in Greater Noida, Uttar Pradesh.

Ms. Singh conducts workshops on the rights of women in India with various NGOs in Delhi. She continues to engage with the victims of those affected by communal riots. As a Changemaker with change.org, Mishika has worked on petitions related to environment, gender and women’s safety. Currently she is actively involved in the relief work being carried out for migrant workers during Covid-19 lock down.