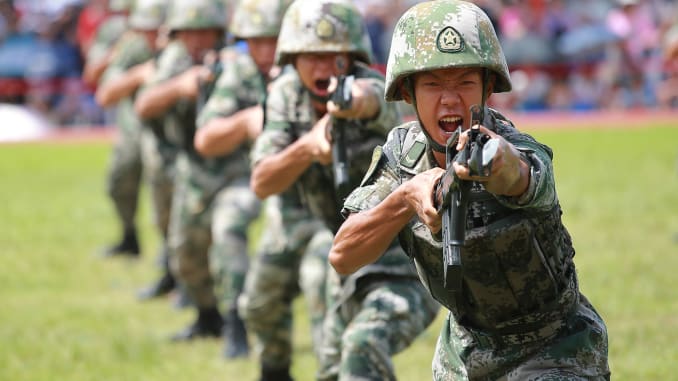 China’s state-backed media outlet Global Times has said that “India’s feverish nationalists” should not lead New Delhi down the wrong path and not allow India to repeat past mistakes.

An editorial published by the outlet read, “the Indian troops can defeat the People’s Liberation Army (PLA) is utter fantasy”.

“They must know that in 1962 [when the two countries fought a war], the two countries were of roughly equal strength, but today, China’s GDP is five times that of India, and China’s defense spending is more than triple India’s according to West estimates. China is a highly industrialized country, while India is still in the primary stage of industrialization. Most of China’s advanced weapons are manufactured domestically, but all of India’s advanced weapons are imported” the editorial added.

It noted that after the June 15 clash, the Indian government showed rationality to prevent the situation from escalating. Indian Prime Minister Narendra Modi said, “Nobody has intruded into our border, neither is anybody there now, nor have our posts been captured.” But India’s extreme nationalists continue to put pressure on their government, risking an escalation of tensions at the border.

“If the Indian army launches a border war, it must be taught a good lesson.We believe the PLA has sufficient capability to do so.” the editorial said.

The editorial alleged that in history, India has miscalculated China’s will several times, and been muddle-headed about the strength gap of the two sides, leading to its recklessness and the heavy price it had to pay. Wasn’t the same true with the June 15 clash?

The editorial also criticised the Indian government for giving “complete freedom of action” to Indian troops. It said that this decision is Modi administration’s appeasement to the Indian army and public opinion. It added that it would lead to violation of two “most important” agreements signed between the two countries in 1996 and 2005, both of which said neither side shall use its military capability against the other side.