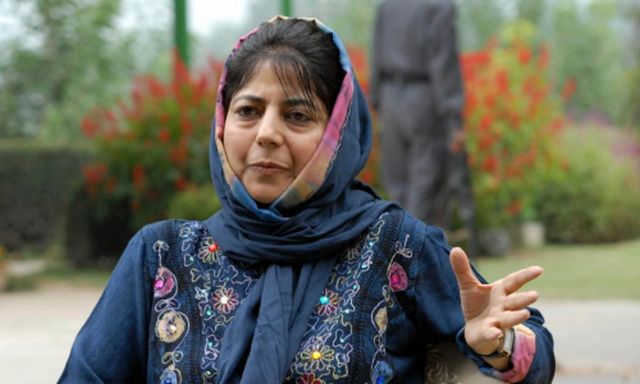 Srinagar : Former Jammu and Kashmir Chief Minister Mehbooba Mufti said on Monday that she will go to people’s court against the Governor’s decision to dissolve the Assembly instead of fighting it out in a court of law.

The PDP leader tweeted: “Some sincere suggestions from well-wishers for me to go to court against Governor’s dissolution of Assembly. PDP, NC, INC had come together to safeguard state interests. It is my considered opinion that we must go to people’s court which is superior to any other forum.”

Just when reports said that the Peoples Democratic Party, National Conference and Congress were close to working out an alliance for government formation, Governor Satya Pal Malik dissolved the House.

Malik said the alliance would have been “opportunistic” and not provide a viable democratic government to the troubled state.