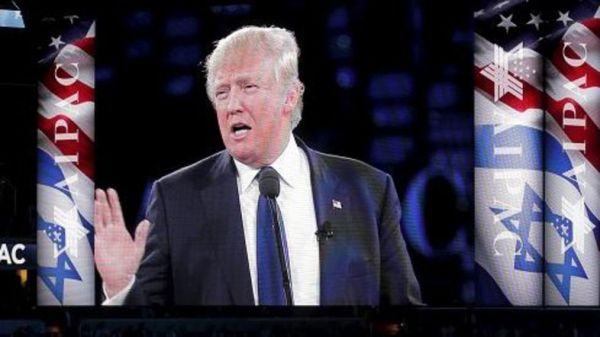 The procession of breast-beating “liberals” doesn’t seem to end, not since Donald Trump eclipsed their most shining star — Hillary Clinton.

True, Hillary would be graceful at the Inaugural Ball.

Melania would be a novice by comparison. But here we are talking about aesthetics and class. Why then pull out John Stuart Mill to measure the order just ushered in?

The argument that Hillary would have made a better President because she knew every nook and corner of Washington, White House and Foggy Bottom is precisely why she lost. It set her up as the Establishment which was remote from the people who found solace in a person who did not even look like a politician.

On the “Liberal” yardstick, both falter.

Two images of Hillary are etched on my mind. I had just returned from Syria in early 2012. I wrote a paper for the Observer Research Foundation explaining why Bashar al Assad was nowhere near falling.

In fact, regime change was simply not possible by cross-border terrorism supporting Muslim Brotherhood and Al Qaeda-inspired restiveness in places like Hama, Homs and Daraa, all being amplified by the western media as a full-blown civil war. This was in 2011-12.

I can never forget some frames. Hillary Clinton comes into focus, repeatedly, with an imperious wave of the hand: “Get out of the way Assad” and “Stop butchering your own people”.

The second image of Hillary concerns Libya. Anybody with even an elementary knowledge of ground realities in Libya knew how the British and other western intelligence had with great diligence stoked an insurgency. The matter had been discussed in the British Parliament. Prime Minister David Cameron had a series of skirmishes with his army chief Gen. David Richard on the Libyan misadventure.

Americans entered the Libyan drama late, but, being Americans, they chose to take the credit. A front page cartoon in a European newspaper shows a fire in the distance. In the foreground is Uncle Sam, looking like a butler, waiting outside a garden umbrella where some European grandees are sipping campari. One of them snaps his fingers: “Go put out that fire.”

That is when Hillary embarked on the mission. The indelible image she left on my mind was a split TV screen. One half of the screen is Qaddafi being sodomized by a knife; on the other is a triumphant Hillary shrugging her shoulders: “I came; I saw and he died.” Never will there be a more macabre play on “Vini, Vidi, Vici”.

Where is the great “liberal” spirit peering through all of this?

Why then are the “liberals” everywhere beating their breasts at her defeat? Do they see Trump as “illiberal” by comparison?

The two images of Hillary’s involvement with Syria and Libya would probably be justified by falling back on the classical Wilsonian approach. After the victory in the First World War, neither Britain, France nor other allies quite envisioned the peace settlement the way US President Woodrow Wilson did. After the armistice, he began to draft in his mind a plan for a “just democracy throughout the world”. For democracy and freedom to be secure in the United States, the sapling will have to be nurtured everywhere. Like these moral values, wealth too would accompany good governance and enterprise as part of God’s plan.

Liberal ideals would spread gradually almost by imitation. It can be argued that the fall of the Berlin Wall in 1989 was also, in large part, by imitation. But in both Syria and Libya, the Liberal argument would have to be contrived, that it was important to defeat the two tyrants who were brutalising their own people. Wilson envisioned the expansion of the Liberal ideal by example and gentle persuasion. He never envisaged a post-World War II American pre-eminence on a scale where judge, jury, executioner and the dispenser of information would all be one and the same.

Now consider the casualty figures in Afghanistan, Iraq, Syria, Libya and Yemen — a total of over a million dead and 15 million displaced. The wars begun by George W. Bush, Dick Cheney, Donald Rumsfeld, Condoleezza Rice and Paul Wolfowitz were continued by Barack Obama. He simply could not dismount. What liberal ideal is involved in these unspeakable horrors?

Remember Obama had promised to shut Guantanamo Bay as soon as he entered the Oval office. Every time he tried, he found himself glaring at an Eyes Only intelligence file. An unnerved Obama backed away.

That is the kind of turf the intelligence community is obstinately holding on to in its continuing battle with the Trump White House.

That the establishment, media and the intelligence community are out to embarrass Trump on the legitimacy of his election is not without its irony. George Bush too had stolen the 2001 election in Florida. But there is a difference. The establishment was on his side then.

The American liberals we learnt to revere in our school were Clarence Darrow, Ed Murrow and writers like Arthur Miller with their gaze of irony on the American Dream.

After the collapse of the Soviet Union, globalisation was marketed as unbridled capitalism, breeding crony capitalism everywhere. The world has flinched from that world order. Brexit and Trump are a consequence. We are transiting from one world order to the other. Millions will view the transition with hope. Liberals should have these multitudes in their ken too.

(A senior commentator on diplomatic and political affairs, Saeed Naqvi can be reached on saeednaqvi@hotmail.com. The views expressed are personal)—IANS