The students will all be Dreamers, meaning they have Deferred Action for Childhood Arrivals (DACA) status. DACA was an executive order signed by former President Barack Obama in 2012 that granted some protections for qualifying undocumented immigrants who arrived in the United States as children.

The program was thrown into question last year when President Donald Trump rescinded the order. Congress has until March to make a decision about the 800,000 people impacted by it.

The grant from Bezos was submitted through Dreamer Scholarship Fund TheDream.US.

Bezos noted that his adopted father was an immigrant who fled from Cuba.

“My dad came to the U.S. when he was 16 as part of Operation Pedro Pan,” Bezos said in a statement.

“He landed in this country alone and unable to speak English. With a lot of grit and determination – and the help of some remarkable organizations in Delaware – my dad became an outstanding citizen, and he continues to give back to the country that he feels blessed him in so many ways. MacKenzie and I are honored to be able to help today’s Dreamers by funding these scholarships.”

After shares of Amazon surged on Wall Street earlier this week, Bezos took over the top position as the richest man in history with a fortune of over $105 billion.

Bezos has been noticeably less charitable than some of his billionaire peers, like the now-second richest man ever, Microsoft co-founder Bill Gates.

TheDream.US has partnered with over 70 colleges across 15 states and provides $33,000 in scholarships for Dreamers. Currently, some 2,850 college students receive aid from the program.

Trump’s DACA decision was never directly mentioned by organizers, but the White House’s ire about immigrants was hinted at by Candy Marshall, president of the scholarship fund.

“It is a shot in the arm for Dreamer students at a time when some are questioning whether they should be in the United States at all,” she said in an announcement.

“We would invite anyone who questions the value of Dreamers to please come meet some of our students. We started this program to benefit the Dreamers, their families, and the United States of America.” 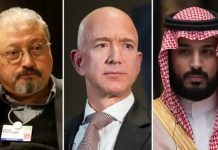 Did Saudi Arabia leak the affair of Jeff Bezos- the owner of Washington Post? 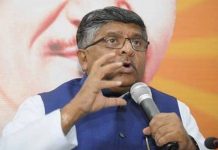