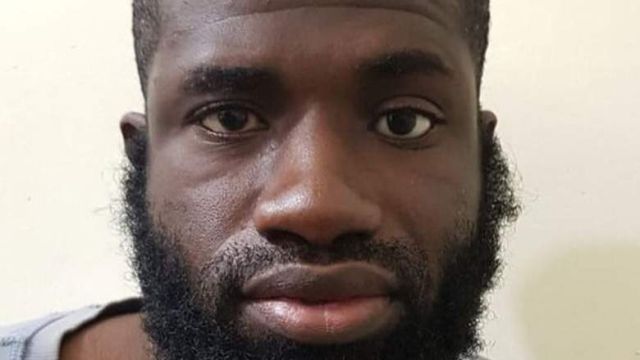 Damascus : The US-backed Syrian Democratic Forces (SDF) have captured two American citizens, suspected of being foreign recruits in the Islamic State, hiding out in the stronghold of the terror group.

In a statement on Sunday, the militia fighting the militants identified the detainees as Warren Christopher Clark, 34, and Zaid Abed al-Hamid, 35. It said the pair had been captured alongside three others suspected of being foreign recruits in the extremist group, the Washington Post reported.

Citizens of Ireland and Pakistan were among those detained, the SDF said.

Clark had previously sought work with the Islamic State and sent a résumé and cover letter for an English-teaching job at the University of Mosul in Iraq.

“I have a long background in teaching a variety of different subjects… this has given me leadership skills and I have learned to adapt to new situations and environments with ease,” Clark wrote in the cover letter, using his nom de guerre, Abu Muhammad al-Ameriki.

“Teaching has given me the opportunity to work with people from diverse cultural backgrounds and learning capabilities,” he wrote.

The US-led coalition did not respond to a request for comment about the pair’s detention and the SDF spokesman also provided no further details of their incarceration, the report said.

According to the Post, the fate of these men could be complicated by the uncertainty surrounding Trump’s announcement of US troop withdrawal from Syria in the near future. Washington has shown little desire to extradite captives accused of being part of the Islamic State.

Clark was a Texas resident and worked as a substitute teacher in the Houston area before travelling to Saudi Arabia and Turkey to teach English, according to a February report by NBC News. It was unclear, however, when he crossed into Syria.

He reportedly converted to Islam in 2004 and later became radicalized online, according to the Deputy Director of the George Washington programme, who spoke to NBC about Clark.

No details were available about Al-Hamid, who was said to be captured alongside Clark.